Golf Betting Tips: Our BEST BETS for the Northern Trust

The Northern Trust is here and the 125-man field at Liberty National will be battling it out to seal a spot at the BMW Championship next week. 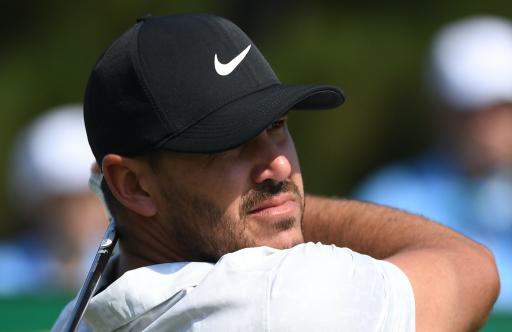 Last week at the Wyndham Championship, there were ups and downs for many players as they were not only battling to win the tournament but also to progress to the Northern Trust in the FedEx Cup.

It was heartbreak for Justin Rose and ecstasy for Chesson Hadley, who produced an incredible final round at Sedgefield Country Club to leapfrog his English opponent into 125th place in the standings.

The field this week is fiercely competitive because not only does it feature the best golfers in the world, but they will be the most in-form players from the last 12 months.

Jon Rahm is the betting favourite at 10/1, returning to the PGA Tour for the first time since The Open Championship, where he rallied on the final day to finish in a tie for third.

Tiger Woods announces Aaron Beverly as recipient of Charlie Sifford Exemption
How did Tiger Woods explain his split with wife Elin Nordegren to his kids?

Here are our top three selections for the Northern Trust this week.

When Brooks Koepka is 25/1 to win any golf tournament, we all have to stand up and take notice. The four-time major champion has finished in the top 10 eight times in his last 17 events.

Earlier in the season, he missed three consecutive cuts but put that behind him to win the Waste Management Phoenix Open. Koepka is a winner and a determined competitor at big events such as the FedEx Cup playoffs.

For me, Harris English has one of the most rhythmic and satisfying swings on the PGA Tour and he has emerged as a surprise package this season, with wins at the Travelers Championship and the Sentry Tournament of Champions.

He is ranked fourth in the FedEx Cup standings and 10th in the world rankings. English has had a fantastic season and is due to be included in the US Ryder Cup side. At 40/1, the 32-year-old from Georgia cannot be ignored.

Ian Poulter is currently ranked 79th in the FedEx Cup standings, so he will need a big week in a strong field if he is to make the top 70 players who progress to the BMW Championship.

The Englishman has performed well before when he has a goal in his mind. He has made seven top-25 finishes this season and is fourth in strokes gained in putting on the PGA Tour. 90/1 looks a very big price for a player whose determination can carry him through on Sunday afternoon.