Seve Ballesteros will forever be a legend of the game, but how did his yardages compare with the players of today on the PGA Tour? 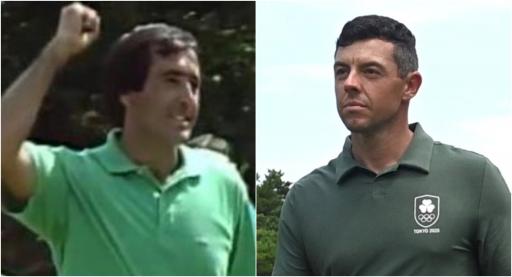 Seve Ballesteros will forever be regarded as one of the world's greatest golfers and arguably the best golfer that Europe has produced on the world stage.

The Spaniard used to wear his heart on his sleeve and this showed in the late 1970's and throughout the 1980's when he won five major championships.

The late great Seve was known for his creativity and imagination and he also had a magical short game. He was not known for his long-hitting ability or power, which is so highly regarded in the modern game on the PGA Tour.

Numbers and yardages are also highly regarded in present-day golf. Data and statistics are defined to decimal places for golfers to improve and identify where their weaknesses are.

How far Seve hit each club in the bag. pic.twitter.com/2O1ZlXiGIl

Recently, Ballesteros' stock yardages were posted on social media by GOLFTV and it is extremely fascinating to analyse how far he used to hit each of his clubs.

As you can see, the Spaniard did not hit the ball staggering distances, with his driver going 280 yards. His 9-iron travelled 142 yards and his 5-iron would go about 195 yards, which are other notable takeaways from the graphic.

Although these yardages are in no way short or unimpressive, when you consider the numbers of a player such as four-time major winner Rory McIlroy, it makes for a compelling comparison.

According to Rory McIlroy's stock yardages, the Northern Irishman hits his 9-iron 163 yards and he hits his 5-iron 219 yards. He is currently the second-longest driver on the PGA Tour and he averages 326 yards with the big stick.

McIlroy's distances are longer than Ballesteros' by some way and this signifies how far golf has developed in players focusing on their physical performance and the ability of club manufacturers to produce groundbreaking technology.

It makes you ponder the question: Would Seve have been more successful if he played in an era like today? With the technology and advancements with golf clubs, there is certainly a possibility.

But what Ballesteros lacked in distance, he made up for with an innate talent to play golf. He possessed a gift for the game that any player in history would give anything for.