The Rocket Mortgage Classic is only in its third year of existence on the PGA Tour, but we will still try to find you a winner this week in Detroit. 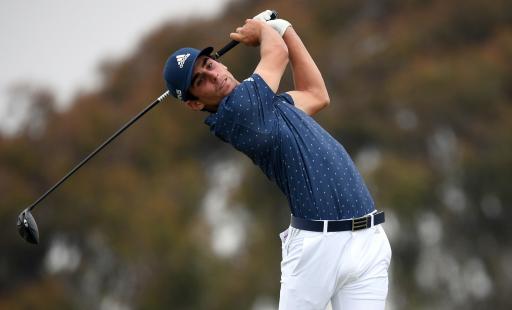 The Rocket Mortgage Classic is only in its third year of existence on the PGA Tour and it was won last year by World No. 6 Bryson DeChambeau.

A common theme with both his win and Nate Lashley's win at the event in 2019 is that they were very low scores. DeChambeau won the event on 23-under-par and Lashley won it on 25-under-par.

The tournament replaced the Quicken Loans National and it is the only PGA Tour event that is held completely within the Detroit city limits at Detroit Golf Club.

Due to the low scores we have seen at the Rocket Mortgage Classic, I believe it is important to focus on specific scoring statistics on the PGA Tour to find our winners this week

Although his recent form on the PGA Tour hasn't been great, Joaquin Niemann is ranked eighth in scoring averages on the PGA Tour, having also played significantly more rounds than the rest of the top 10 players.

The Chilean came tied fifth at the event in 2019, so he is able to play well at Detroit Golf Club. The World No. 30 is also 15th in strokes gained in total, so all the signs are there to suggest that the 22-year-old will go close this week.

At 14/1, Patrick Reed looks like a very generous price in what is a significantly weaker field this week. The World No. 9 is ranked eighth in strokes gained in total and ranked ninth in scoring averages.

Reed has made six top-10 finishes in 18 events this season, most recently at the Memorial Tournament. The 30-year-old is extremely experienced too and in my opinion, he looks a mouthwatering price.

Doc Redman came second to Lashley in 2019 and tied 21st in 2020 at this event. The 23-year-old has shown good course form at the event and impressive consistency on the PGA Tour in 2021.

Redman has four top-10 finishes this season, most recently at the Palmetto Championship. He is also ranked in the top 50 in strokes gained in approaching the green and proximity to the hole too, and so 60/1 could be a very generous price.