Jordan Spieth returns to action at this week's AT&T Byron Nelson, making his first appearance since The Masters in April. 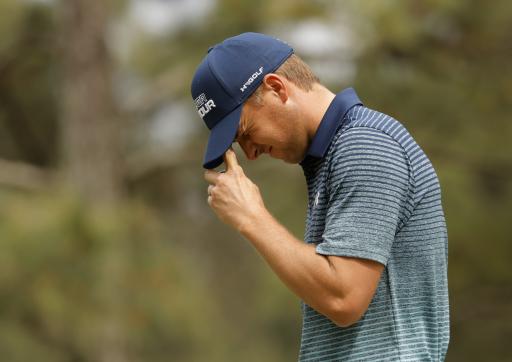 Jordan Spieth returns to action on the PGA Tour this week and he has now revealed why he has not played an event since The Masters.

After finally finding his way back to form, Spieth ended his long wait for another PGA Tour victory at the Valero Texas Open, before finishing in a tie for third at The Masters a week later.

Spieth had made it six top 10 finishes in eight starts and was looking forward to playing in a string of events after Augusta, including the Valspar Championship which he won in 2015 and was "really bummed" to miss out on this year.

The 27-year-old has now revealed that following The Masters, he had three positive Covid tests and had to self isolate away from his friends and family at home in Texas.

Returning to action this week at TPC Craig Ranch, Spieth insisted he is now feeling fit and healthy once again, but having only played a couple of rounds of golf, his game has some unexpected rust.

"I took a week off (after the Masters), and then I ended up actually getting Covid, so then I was out for a little while longer," he explained. "So I'm just kind of starting to get it back the last week or so and kind of get back on track.

"I'm not really sure when I got it, to be honest, because nobody I was around ever got it. It was the Tuesday of New Orleans when I started my symptoms and it was bad for a day and a half, and then it was just kind of annoying for the next five days, kind of lost energy, and sinus stuff.

"And then after that I started to get full strength back and I would say the last week to week and a half now I've been acting as if it never happened. I've just gone about my days and doing, feeling full energy and being able to hit kind of full workouts and practice sessions and all that kind of stuff.

"So it's just kind of set me back a little. It was actually, I guess, if there's ever a good time during the season, it kind of worked out okay. But I was planning on continuing to play. I wasn't planning on taking a month off in the spring. So at this point it's get back to playing golf and try and get in the same rhythm I was in and just kind of be patient with it."

Spieth admitted that watching the players in action at Quail Hollow last week for the Valspar Championship was difficult, given his love for the tournament, but he made the decision not to rush his body in order to give himself a better chance in the coming weeks.

"I've had a lot of success at the Valspar," he added. "I like the golf course there, so I was really bummed. It was tough watching it knowing that I had been playing well and I would go to a course that I like a lot, but that's unfortunately part of the world we live in right now.

"So I don't think I would have been 100 per cent last week, so decided to wait until this week. I feel good. I've been able to do everything I can normally do the last week or so."

NEXT PAGE: Rory McIlroy now the betting FAVOURITE for the PGA Championship