Off the back of Phil Mickelson's historic win at the PGA Championship, check out our tips for the Charles Schwab Challenge which starts on Thursday. 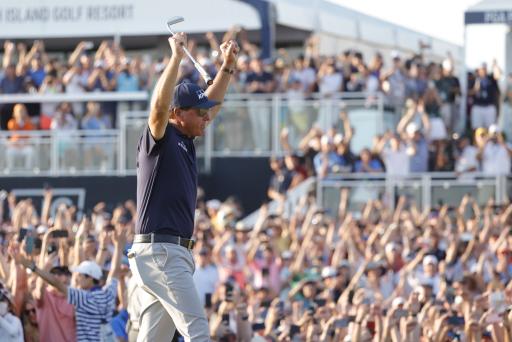 After the excitement of the PGA Championship a Kiawah Island this week, the next stop on the PGA Tour is the Charles Schwab Challenge at Colonial Country Club in Texas.

In last year's renewal, Daniel Berger picked up his third victory on the PGA Tour after he beat Collin Morikawa in a playoff in Fort Worth.

Jordan Spieth enters the week as the favourite and that is hardly surprising. The Texan won the tournament back in 2016 and was one of the runners up to Kevin Kisner in 2017 and to Chris Kirk in 2015.

Although Spieth is at a nice price of 10/1 when we consider his form, we think that there are more appealing options on offer which include a certain six-time major winning legend of the sport.

Collin Morikawa was desperately unlucky not to add to his tally of four PGA Tour victories at this event last year, but it shows that he is able to navigate Colonial Country Club.

The World No. 5 has been as consistent as ever on the PGA Tour this season finishing in the top 10 on five occasions in his last 15 events. This is arguably down to the fact that he is ranked first in greens in regulation percentage on the PGA Tour.

Morikawa is also ranked first in strokes gained in approaches to the green. 14/1 is a great price for a player who will always give you value for money and it is never a surprise to see him at the top of the leaderboard.

A win on the PGA Tour is only around the corner for Abraham Ancer, who had another solid week in tied eighth at the PGA Championship. This was the Mexican's third top-10 finish in a row on tour.

His driving accuracy of 72.89% has only been bettered by Brendan Todd this season, and this is a key strength to take to Colonial Country Club this week.

In our opinion, the World No. 19 is grossly overpriced at 20/1 and his vast improvement and progress in his career will lead to a win very soon.

Now, this may be an ambitious outside call, but Phil Mickelson defied odds of 200/1 to win the PGA Championship last week and at 70/1 now, it is another chance to beat the bookies.

Mickelson made a superb return to form, having missed six of his previous 14 cuts on the PGA Tour, and he could now make a charge for the US Ryder Cup team.

The six-time major champion won this tournament in 2000 and 2008, as well as coming second in 2001. The 50-year-old has proven he can compete with the best and he will be determined again this week to prove that age is just a number.