Golf fans BLAST Rory McIlroy over his BEST PLAYER in the world comments!

"Rory McIlroy is hysterical - he talks a good game and delivers little." 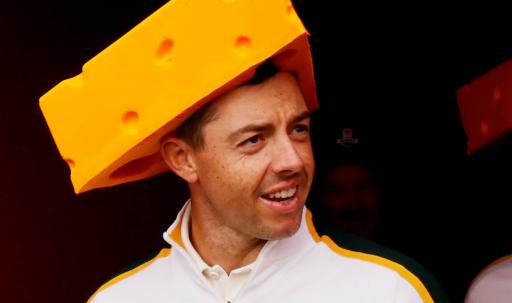 Rory McIlroy has been blasted by a large number of golf fans on social media today following his comments about being the best player in the world on his day.

McIlroy was last World No.1 back in June 2020 and he has only won once this season with a one-shot victory at the Wells Fargo Championship in May.

The Ulsterman's victory at Quail Hollow marked his first win anywhere in the world since November 2019.

McIlroy, a 19-time PGA Tour winner, has four majors to his name but the last came back in 2014.

He also has two FedEx Cups in the trophy cabinet, of which the last came in 2019.

But despite slipping all the way down to a current 14th in the world rankings heading into this week's CJ Cup on the PGA Tour, the 32-year-old is adamant he is still the best player on the planet... at least on his day.

RELATED: WHO IS RORY MCILROY'S WIFE?

"I think when I play my best, I'm the best player in the world," said McIlroy.

"I haven't played like that for a while, but I don't feel like I have to go that far back to whenever the pandemic hit, I was number one in the world.

"Obviously the last 18 months haven't been what I've wanted them to be, but if you keep it in perspective, I'm not that far away."

McIlroy most recently took down Xander Schauffele in the Sunday Singles at the Ryder Cup, but he walked off the green in a flood of tears during his interview with Sky Sports Golf as he apologised for not playing well enough for the rest of the week, where he lost each of his fourballs and foursomes matches.

He was also dropped from the Saturday foursomes - the first time he had ever been dropped for a Ryder Cup match in his career dating back to his debut in 2010.

It's fair to say McIlroy's latest comments have irked plenty of golf fans on social media.

Here's a look at some of the comments:

"McIlroy is hysterical - he talks a good game and delivers little. If he'd keep his mouth shut and get his head down and play golf it would serve him well! He's embarrassing at this stage!"

"Rory is a top player. When he is on top of his game definitely one of the best players in the world, but he's not the best."

"When was the last time he hit peak form?"

"Is he having a laugh. No way is he anywhere near someone like Jon Rahm right now. Even on his day, he's way off."

"Rory won't be winning anything big again until he sorts his wedge game and putting out. Always been a great driver, and usually solid with his irons, but just constantly struggles around the greens."

"Needs to axe his best mate on the bag."

"Not sure he takes his golf as serious any more now he's got a wife and kid."

"Imagine a boxer or a darts player coming out with a statement like that after being ranked 14th!"

"Needs to get his mate off the bag and refocus under someone else."

"Never been the same player since he sent JP Fitzgerald packing."

"Rory is like the Conor McGregor of golf. Too much money and has no hunger. The game has moved on."

What do you make of Rory's latest comments? Is he really the best player in the world on his day, or has his time at the top come and gone now?

RELATED: RORY MCILROY SURPRISED HE CRIED AT THE RYDER CUP