Phil Mickelson has questioned whether the PGA Tour adopted the USGA's rule "through the media"... 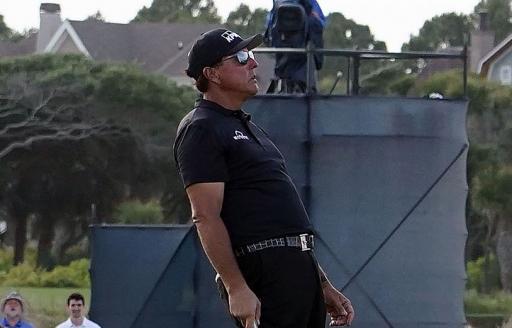 Phil Mickelson stated that he is "extremely disappointed" that the PGA Tour have adopted the new rule about driver lengths "through the media."

Lefty expressed his concern that no professional players were consulted about the new USGA and R&A rule that has cut the maximum driver length down to 46 inches.

This is the first time that Mickelson has expressed disdain towards the PGA Tour on the subject, where it had previously been aimed at the USGA and the R&A who have decided on the rule alteration.

The six-time major champion posted his latest thoughts on Twitter, as he regularly does, and he has received support from various figures on the PGA Tour.

2017 PGA Champion and former World No. 1 Justin Thomas agreed with Mickelson's concerns, but also said that there are other issues in the game that should be focused on.

It is extremely disappointing to find out that the PGA Tour adopted the new USGA rule through the media. I don’t know of any player who had any say or any kind of representation in this matter. I do know many are wondering if there’s a better way.

Mickelson seemed to pre-empt the rule change in the weeks before the official statement was released by the USGA and the R&A. Yesterday, he used a certain quote from the film Forrest Gump to summarise the situation.

"Stupid is as stupid does." He also questioned whether the governors of the professional game are amateurs and also pondered the role of the players too.

The 51-year-old has a 47.5-inch driver and Bryson DeChambeau uses a 48-inch driver, so the new 46-inch restriction will affect the equipment of two prominent PGA Tour figures as well as many others.

Mickelson, who won on the PGA Tour Champions at the Constellation Furyk & Friends last week, is leading the charge against the new driver length restrictions, but he is struggling to hold back the tide.

He is concerned that the changes will cause players to shorten their swings and they could suffer from a decrease in swing speed. Mickelson is extremely passionate about the subject, and he will continue to beat his drum.

NEXT PAGE: 'STUPID IS AS STUPID DOES': PHIL MICKELSON COMPARES USGA TO FORREST GUMP