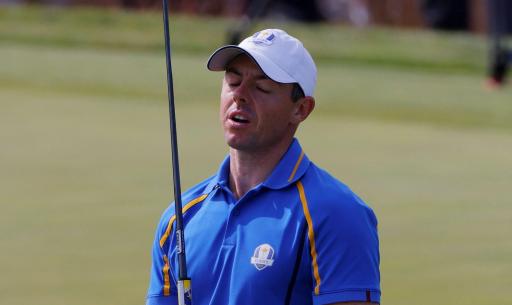 Rory McIlroy is convinced that when he is at his best, he is the best player on the planet, speaking ahead of his PGA Tour return.

The Northern Irishman performed disappointingly at the Ryder Cup, delivering only one point for Padraig Harrington's side in Wisconsin.

You could argue that McIlroy's form at the famous event mirrored his recent play on the PGA Tour. He has struggled to make good starts, but often finishes tournaments well.

In 21 starts on the PGA Tour last season, the 32-year-old won the Wells Fargo Championship for the third time in his career and made six other top-10 finishes.

On paper, this is a good season. But it was a frustrating and inconsistent year which could have been far better for such a talented player.

Like many other top players on tour, McIlroy is reappearing on the PGA Tour at the CJ Cup this week and he believes that when he is at his best, he is the best player on the planet.

"I think when I play my best, I'm the best player in the world," McIlroy said.

"I haven't played like that for a while, but I don't feel like I have to go that far back to whenever the pandemic hit, I was number one in the world.

"Obviously the last 18 months haven't been what I've wanted them to be, but if you keep it in perspective, I'm not that far away."

As well as speaking on his PGA Tour form, he recollected his emotions from after the Ryder Cup. McIlroy won his singles match against Xander Schauffele, but he severely underperformed in each of the three pairs sessions that he played in.

It was only the second time that the four-time major champion had tasted defeated in the Ryder Cup and he has admitted his surprise at shedding a tear after the matches at Whistling Straits.

"I don't necessarily get emotional about golf, so I guess in that way it surprised me," McIlroy added.

"I think it was a good thing for me. I think maybe I realised a couple of things about myself that I hadn't known, or maybe I had known but I was trying to keep down and not let them out.

"I was surprised at how emotional I got, but after a little bit of reflection over the last couple of weeks, I sort of realised why I did get that way."

NEXT PAGE: "I'D BE ASTOUNDED IF TIGER WOODS MAKES THE MASTERS": OLYMPIC OSTEOPATH EXCLUSIVE