Brooks Koepka is searching for his third win at the PGA Championship this week and his fifth major title, but he will be looking a little different than usual at Kiawah Island. 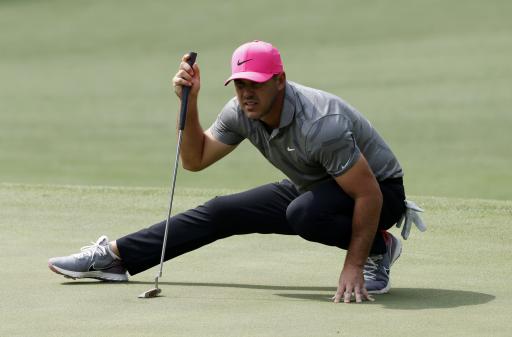 Brooks Koepka is looking to land his third PGA Championship this week at Kiawah Island, which would also be his fifth major title.

But this week, the World No. 13 is looking slightly different than usual, sporting a new goatee beard which was spotted during the tournament's practice days.

Golf fans have seen Koepka with distinctive facial hair before, as last year he temporarily had a dark moustache which made him stand out from the rest of the field.

Brooks Koepka taking this villain thing to another level at Kiawah pic.twitter.com/wI7Xzffh8H

As you can see, the 31-year-old is looking sharp with his new facial hair and we hope that his confidence in his look will be emulated in his golf game in South Carolina this week.

"Brooks Koepka has a Goatee. I may shave my beard down to a Goat to support my guy for the PGA Championship," one fan said.

"Not a flattering pic of ol’ Brooksey there," another fan said.

"Takeaway from day 1 at the PGA Championship: I am not tougher than the sun," one fan said.

The four-time major winner won his first PGA Championship in 2018 at Bellerive Golf Club in Missouri, a tournament which will also be remembered for his battle with Tiger Woods, who finished second.

Koepka then won his second PGA Championship a year later at Bethpage, finishing two shots ahead of World No. 1 Dustin Johnson.

The man from Florida has said that he still doesn't feel at his peak of fitness this week as he continues to contend with injuries, but he still hopes to be in contention on Sunday.

NEXT PAGE: TONY FINAU CAUGHT UNAWARE THAT RANGEFINDERS ARE ALLOWED AT PGA CHAMPIONSHIP