Earlier this year, the PGA of America announced that distance measuring devices would be allowed at the PGA Championship, but Tony Finau only found out this week. 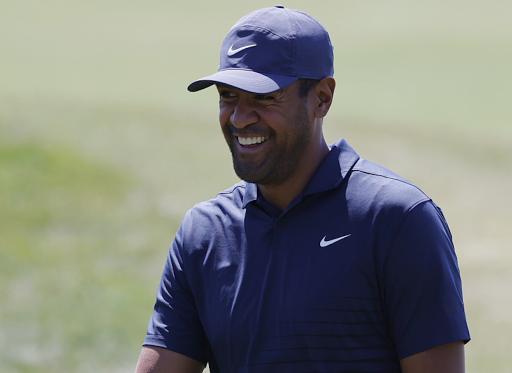 The news that distance measuring devices would be allowed at the PGA Championship was broken in February, but Tony Finau found out this information yesterday.

The World No. 14 was speaking to the media during a practice day at Kiawah Island when he was asked which he would rely on the most out of his notebook or his rangefinder.

This was the moment when Finau was informed that players are allowed to use their rangefinders on the championship days this week, which will be the first time this has been allowed on the PGA Tour.

Tony Finau finding out he can use his rangefinder this week in real time pic.twitter.com/H53rOpSS7d

The 31-year-old was visibly shocked at the news, but he maintained that he will probably use his notebook as he does each week on tour.

"Good to see he's really dialled in for this one," one fan said.

"Sometimes it's best to be in your own bubble. Wow," one fan commented.

RELATED: GOLF FANS BEMUSED BY TONY FINAU'S QUOTE AT THE US PGA

"Hahah Tony is so cool even when he's not cool," another fan commented.

The ever-consistent Finau has enjoyed another solid season in 2021. The man from Salt Lake City has made six top-10 finishes, including second place at the Genesis Invitational and the Farmers Insurance Open.

Finau has only one PGA Tour title to his name and he is still seeking his first major win at Kiawah Island this week.

NEXT PAGE: JON RAHM WOULD TAKE "BRIBE" FROM SUNGJAE IM IF MILITARY SERVICE IS ON THE LINE