Kiawah Island is ready to host the PGA Championship this week, setting the record for the longest course in major history. 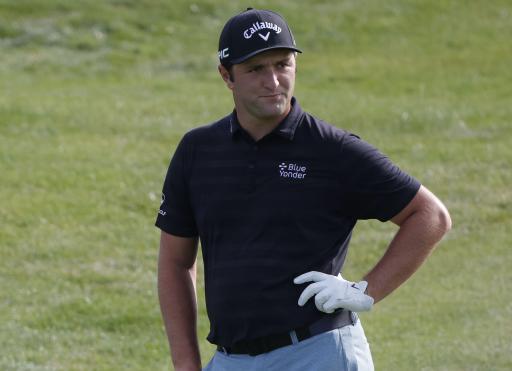 The PGA Championship at Kiawah Island this week is set to be the longest course to be used in major championship history.

World No. 3 Jon Rahm spoke to the media yesterday about the length of the course and hoped that they use some "forward tees" this week, so that the course isn't too difficult.

Unsurprisingly, European Tour player Eddie Pepperell took to Twitter and left a comment in response to Rahm's thoughts about the course at the PGA Championship.

I seriously hope they use none of the forward tees! (He says sat watching it from his sofa) pic.twitter.com/1AWl2J9gTW

"About time we saw something other than driver-wedge..." one fan said.

"It's time the tour players get to use mid to long irons into par 4s. After all it's a major & not a pitch & putt contest in the desert. Early whiners eliminate themselves from winning," one fan commented.

"After the cakewalk that was the Byron Nelson, bring the pain!" another fan said.

"Headcover off before every approach. Welcome to my world," another fan commented.

"I seriously wish they would adjust the golf ball and stop trying to make the course as long as a drive from Chicago to NY," one fan said.

If he maintains his impressive statistics from off the tee in the 2021 PGA Tour season, the extended Ocean Course shouldn't be too difficult for the big-hitting Rahm.

The 26-year-old is one of the favourites heading into the tournament this week, as he looks to add to his tally of five PGA Tour wins and also his first major title.