Backstopping in golf is an interesting topic and the ruling involved is based on a number of factors. 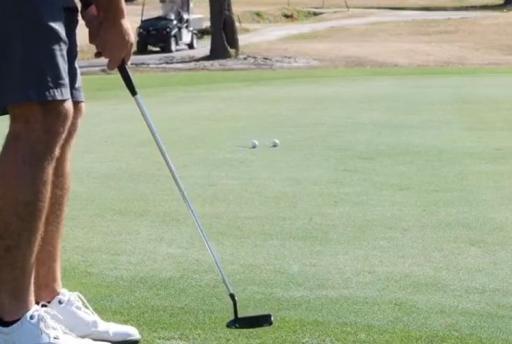 We have seen a few hot topics in golf over the past few years. Slow play dominated discussions for a while, with some PGA Tour players slammed for their pace of play, before the distance debate took over. But one topic that has been going on for a number of years is backstopping.

When a player's ball comes into contact with a resting ball on the green, the term backstopping is often thrown about and the R&A and USGA have now altered the rules of golf to "protect the field" in a tournament.

But what is backstopping and what ruling applies in tournament scenarios?

The popular Golf Rules Questions Instagram page posted a clip of a backstopping incident during a doubles match between amateur golfers, along with a lengthy caption to explain what backstopping is.

"As there has been no agreement to leave the ball in place to help any player, there is no breach of the Rules – see Rule 15.3a. However, The R&A and USGA take the view that “backstopping” fails to take into account all of the other players in the competition and has the potential to give the player with the “backstop” an advantage over those other players. Consequently, The R&A and USGA offer players the following guidance and explanation of best practice:

"If all players follow this best practice, it ensures the protection of the interests of everyone in the competition.

"In an ambrose event (a teams event where the best shot is taken and everyone plays from there), the Committee can allow/disallow such actions."