Jon Rahm has been forced to withdraw from the Memorial Tournament after he tested positive for coronavirus, following a test he took after his second round. 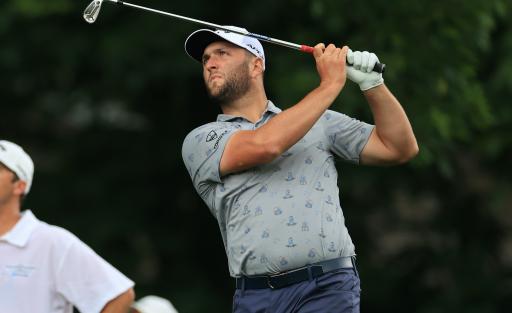 Unbelievably, Jon Rahm was forced to withdraw from the Memorial Tournament after testing positive for coronavirus, while holding a six-shot lead after 54 holes.

After Rahm completed his third round on Saturday, shooting a superb score of 8-under-par to reach 18-under-par for the week, he was informed by an official behind the final green that he had tested positive.

The PGA Tour reported that the Spaniard was following the tour's tracing protocols from Monday, having come into contact with someone who had tested positive for the virus.

Thoughts after today’s round pic.twitter.com/gWkBAWE42F

He had been tested every day of the week until the test he took after his second round which came back positive and remained positive despite a confirmatory sample being requested.

The World No. 3 must now isolate until June 15th in what is such a disappointing situation. Rahm was on course to retain his Memorial Tournament title for the first time since Tiger Woods in 2000.

RELATED: JON RAHM WITHDRAWS FROM THE MEMORIAL DUE TO TESTING POSITIVE FOR COVID

Patrick Cantlay and Collin Morikawa now hold the joint lead on 12-under-par at Muirfield Village, while Scottie Scheffler and Branden Grace are three behind on 9-under-par.

The five-time PGA Tour winner posted a message on social media to explain his thoughts on the situation to his fans and many golf fans reacted to the stunning news.

"Should have been allowed to play on by himself, shame on PGA," one fan said.

"Biggest joke ever. He could have played Sunday by himself," one fan commented.

"The entire field should withdraw and give him his earned victory. He was lapping the field," another fan said.

"I think he knew this was a possibility, as he knew he had been in contact with someone with covid. It won't be long till he bounces back," another fan commented.

"Unbelievable how the PGA handled this at this time," one fan said.

NEXT PAGE: TIGER WOODS' CADDIE JOE LACAVA IS BACK LOOPING FOR FRED COUPLES