Numerous players from the PGA Tour and figures from golf have responded and given their thoughts to Jon Rahm's withdrawal from the Memorial Tournament. 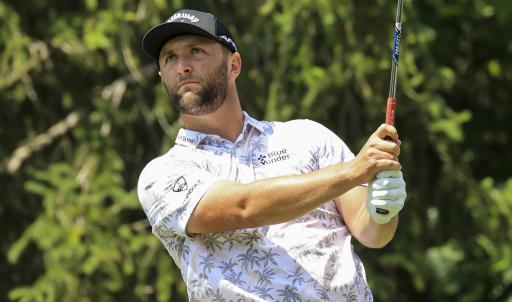 The golf world was left shocked when Jon Rahm was forced to withdraw from the Memorial Tournament after he tested positive for coronavirus after his third round.

The Spaniard had a six-shot lead but had to withdraw in an unprecedented turn of events on the PGA Tour, and many golfers have had their say on what occurred at Muirfield Village on Saturday.

Fans and players have given their opinions on the situation and because of the lead that Rahm held at the time, it has stimulated a divided conversation.

Jon Rahm...with a 6 shot lead at Memorial...finds out AFTER HIS ROUND that he’s tested positive for COVID-19.

That means he has to withdraw. As the leader by 6...

"Why did they wait till the end and right before scoring?" commented the PGA Tour's Wyndham Clark.

"No! he should be allowed to play solo tmrw. guy's got a six shot lead. smh," said five-time PGA Tour winner Kevin Na.

"So anyone in the field who has been around him, including the guys he played with today should be forced to WD as well.. let him play," said Sam Saunders.

As we can see, the players have shown mixed views on the situation. There is an argument for the World No. 3 to continue playing on to victory, but can his happen when he currently has the virus?

Fans and players have suggested that Rahm could play on his own on Sunday to give him his chance of winning his second Memorial Tournament title, but does this still pose public health risks?

Figures from the sport also posted their thoughts on social media, including the host of the tournament and 18-time major champion Jack Nicklaus.

I feel very bad for Jon Rahm. He’s played absolutely brilliant golf this week. Jon knew as early as Monday that he had come in close contact with an individual who tested COVID positive, and he followed all PGA TOUR protocols as it relates to contact tracing.

Why we CBS didn't get a heads up, or why wasn't he told to put a mask on and come inside we've got something to tell you?! It would've been all a completely different reaction/situation! https://t.co/LwsDIKwpdY

Just reading up on the @JohnRahmPGA situation. I went through a similar thing at the @THEPLAYERSChamp this year less the Saturday positive test. Ask away if you have any questions you want answered.