NFL quarterback Tom Brady sent a message to his teammate Phil Mickelson and his opponents Aaron Rodgers and Bryson DeChambeau ahead of The Match. 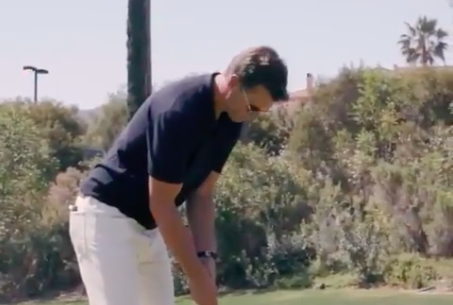 Tom Brady has sent a big message to his partner-to-be Phil Mickelson and Bryson DeChambeau and Aaron Rodgers ahead of The Match.

The Tampa Bay Buccaneers quarterback has clearly been practising hard ahead of the big day on July 6th, and it looks like he has his putting down to a tee.

In a video that he posted on his Twitter account, Brady holed a long-range putt for each of the competitors in the fixture, aiming to strike fear into the heart of his opponents, who are DeChambeau and Rodgers.

It could be the most explosive and entertaining renewal of The Match yet with DeChambeau's presence, as he is the biggest hitter on the PGA Tour.

Mickelson, who became golf's oldest ever major winner at the PGA Championship in May, has experienced both success and failure in The Match and he will be hoping to continue his winning ways.

RELATED: "PHIL OUTDRIVE ME? THERE IS NO WAY": BRYSON DECHAMBEAU ON THE MATCH

The 51-year-old paired up with NBA legend Charles Barkley to beat NBA player Steph Curry and former NFL quarterback Peyton Manning in the most recent edition of the popular event.

The Match is set to take place at The Reserve at Moonlight Basin in Big Sky, Montana and golf fans reacted to Brady's superb putting skills:

"I hate that some people are just great at everything they do," one fan said.

"I have Aaron Rodgers over you all time and I’m saying this as a Patriots fan btw," one fan commented.

"THAT'S WHY HE'S THE GOAT," another fan said.

"Can you please ditch that UFO and get a new putter TB? Love ya," another fan commented.

"Do you have to be good at everything?" one fan said.

NEXT PAGE: TYRRELL HATTON WITHDRAWS FROM THE TOKYO OLYMPICS AFTER COVID-19-RELATED ISSUES