Tom Weiskopf was a 16-time winner on the PGA Tour and an Open champion as well as a highly-respected and successful golf course designer. 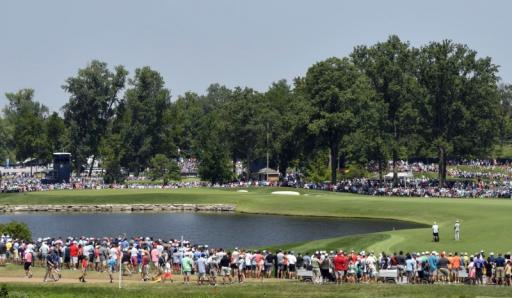 The golf world has paid tribute to the legendary Tom Weiskopf who sadly passed away at the age of 79 on Saturday in Big Sky, Montana where he lived.

He died of pancreatic cancer which he was diagnosed with in December 2020. Weiskopf had a fantastic career on the PGA Tour which began in 1968 when he won the Andy Williams-San Diego Open Invitational.

He played in two Ryder Cups for Team USA, winning in 1973 and 1975. He was part of the game's greatest era competing alongside the likes of Jack Nicklaus, Tom Watson, Arnold Palmer and Gary Player.

We are deeply saddened to learn of the passing of Tom Weiskopf.

Tom was a proud Open Champion and made a substantial contribution to golf around the world. He will be missed by all at The R&A.

Weiskopf began course design work with Jay Morrish initially but then branched out on his own. He has designed/co-designed the likes of Loch Lomond, Troon North Golf Club, the Olympic Club and Quail Hollow.

"Our hearts and deepest sympathies are with his wife, Laurie, two children, Heidi and Eric, and the entire Weiskopf family," said PGA Tour commissioner Jay Monahan, who could be overseeing a major shake-up on the Tour in the near future.

"The PGA Tour is saddened at the passing of Tom Weiskopf, a towering figure in the game of golf not only during his playing career but through his accomplished work in the broadcast booth and golf course design business.

"Tom is leaving behind a lasting legacy in golf. The beautiful swing he showcased during his 16 career PGA Tour victories is still being emulated today, while his golf courses remain as testaments to his love for the game."

I’ll always be grateful for what Tom Weiskopf has done in golf.
Created the most spectacular golf course Loch Lomond and possibly my all time favourite. #RIP pic.twitter.com/yPUAZr8ggY

Tom Weiskopf, as much as anybody was responsible for me being able to win the 1969 Open and 1970 US Open. From late 1967 thru 1968 the influence of being around his swing had immeasurable consequences for me. Our friendship never faltered! RIP my friend.

Sorry to hear the passing of Tom Weiskopf. Thoughts and prayers to his family. Great talent on the course and second career in golf course architecture. #rip

I send my deepest sympathies to the family of Tom Weiskopf. Will miss you and your stories. RIP my friend. PC has struck again..

Sending my deepest condolences to Tom Weiskopf’s family. Another great life gone too soon due to pancreatic cancer. Rest In Peace, Tom. pic.twitter.com/ngROcrWWYX

So sad to hear about Tom Weiskopf passing. He had a great swing and was quite the competitor. I played with him many times in the 80’s and I always learned something. RIP Tom

Our game lost another great one yesterday w/ the passing of Tom Weiskopf. Remember going to the range at a @ChampionsTour event just to watch him and then had the opportunity to work with him on a couple of @TheOpen Championships. So much knowledge of competition & course design.