Tiger Woods and 15 other players from the PGA Tour met ahead of the BMW Championship this week to assess how the Tour will oppose the riches of the LIV Golf Series. 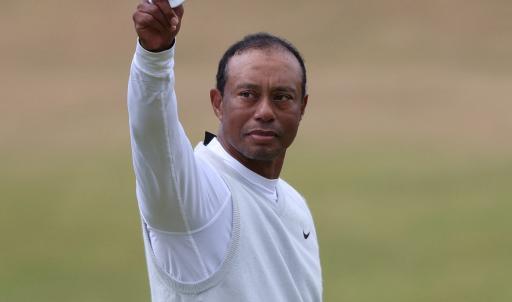 Tiger Woods could lead a shake-up within the PGA Tour that could see it adopt a similar format to the LIV Golf Series.

According to Alan Shipnuck of the Fire Pit Collective, Woods met with 15 other players ahead of the BMW Championship this week to discuss a new formation of the Tour.

The alleged proposals included 18 no-cut tournaments that would feature the top 60 players in the world and $20 million purses for each event. This concept would be fairly similar to the approach taken by the LIV Golf Tour which has been heavily criticised.

This new schedule would be squeezed between January and August.

The reported discussion, in which Rory McIlroy described Woods as an "alpha," is part of the strategy that would make the PGA Tour more attractive for the best players within its membership.

A meeting also took place at Adare Manor during the JP McManus Pro-Am in July which mentioned the idea of the Tour removing its non-profit status. Woods and McIlroy supposedly support this notion.

The meeting at the Hotel du Pont in Delaware was called in the midst of strong rumours that seven new players will join LIV Golf at the end of August. Two of these players are assumed to be Cameron Smith and Marc Leishman.

With an abundance of Australian players on the Saudi-backed series, it's assumed that LIV commissioner Greg Norman intends to create an all-Aussie side. The Champion Golfer of the Year of 2022 would be LIV's biggest acquisition yet.

Footage emerged at the start of the week of Woods travelling to the meeting alongside five-time PGA Tour winner Rickie Fowler, who was once heavily linked with a move to the controversial new golf league.

The announcement of each new recruit will be timed for after the FedEx Cup Playoffs when one lucky golfer will win the huge bonus of $18 million, the same figure that the individual winner of the LIV Golf Invitational Series will win after the regular seven-event schedule.

PGA Tour commissioner Jay Monahan wasn't present at the meeting, so these proposals are set to be put in front of him and other directors. According to further reports, the idea of sitting at the table with LIV Golf was also floated.

There have been three events so far on the LIV Golf Tour, most recently the Bedminster Invitational at the end of July. $75 million worth of prize money has been dished out and three winners have won $12 million between them.

Phil Mickelson, Dustin Johnson, Brooks Koepka and Bryson DeChambeau are thought to be the subject of the most lucrative contracts in the low nine-figure ballpark.

Norman revealed that Woods was offered between $700 and $800 million to leave the PGA Tour which is a sign of the endless pot of money that the Public Investment Fund of Saudi Arabia is willing to offer to LIV.

The wealth of the LIV Golf funding source, said to hold assets of up to $600 billion, is another reason as to why the PGA Tour could be undergoing a shake-up with its non-profit nature.