Sam Torrance spoke exclusively to GolfMagic and he was full of praise for the former US Open champion Bryson DeChambeau. 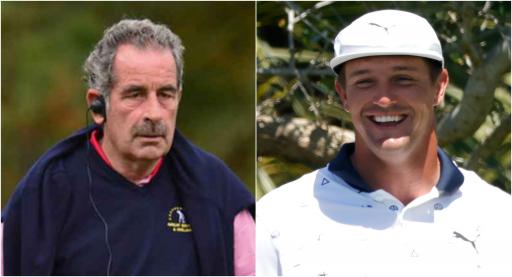 European golfing legend Sam Torrance described Bryson DeChambeau as a 'special boy' and 'an enigma' for his attitude and approach to golf.

DeChambeau is one of many American players who continue to dominate the world of golf. During the 2021 PGA Tour season, he won his first major title at the US Open and also the Arnold Palmer Invitational.

His long game has become his trademark but Torrance, who won 21 times on the European Tour during his career, was quick to outline that his driving is one of his many qualities.

"He’s not just focused on distance, he is just focused on being better. He is an enigma, I don’t think there’s been as much hype for a golfer on tour since Tiger Woods. He has lived up to the hype, he is a US Open champion. The boy is very special and I look forward to watching him," said Torrance.

"He’s extraordinary and if you ever stand next to him and watch the flight of the golf ball he hits, it is gasping. You would literally gasp if you watched him live."

DeChambeau led the way in driving distance and strokes gained off the tee last season. His focus on the big stick culminated in an impressive appearance at the Professional Long Drivers Association World Championship.

He finished in the top eight of a competition that was held a day after the Ryder Cup finished. DeChambeau contributed 2.5 points to America's record 19-9 win at Whistling Straits.

Torrance is a name synonymous with the Ryder Cup. The Scotsman made eight appearances for Team Europe and he also captained them to victory at the 2002 matches at The Belfry.

Torrance outlined that some players, such as the Race to Dubai winner Morikawa, prove that distance isn't everything, but it can inspire other players to keep up to improve their scores.

"It’s like a UFO - McIlroy is maybe trying too hard to hit it a bit further when he doesn’t need to. You only have to hit it so far, you don’t need to overpower the course as much as DeChambeau is trying to," Torrance added.

"It’s amazing what he is trying to do, but Morikawa for example, there are so many amazing players out there that prove it’s not all about that (distance). But it’s a wonderful weapon to have in your armoury.

"What about his opening tee shot of his singles (Ryder Cup). All of that hype and he flies it on the green of the par-4 and holes it for eagle! That is a kid’s dream, you dream of doing that as a kid."