What clubs did Collin Morikawa use to win the DP World Tour Championship?

The 24-year-old American has the world at his feet after a stunning win in Dubai, but what clubs does he use? 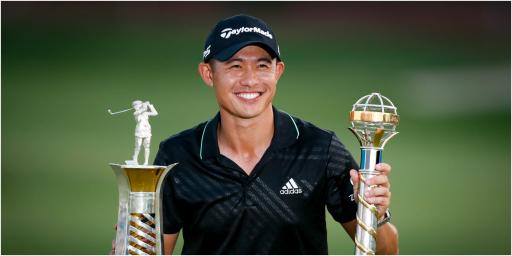 Ball striker Collin Morikawa did the double in the desert last weekend with a stunning back nine Sunday charge in Dubai.

Five birdies were made by the reigning Open champion in his last seven holes as Rory McIlroy got unlucky and then blew up.

Elsewhere, Matt Fitzpatrick ran out of holes after his charge nearly threatened to rain on Morikawa's parade.

The 24-year-old American picked up a $3 million pay day for winning the DP World Tour Championship.

Third win this year, same message after each one. Say thanks to those around and those you love.

What an incredible week at the @dpwtc, capping it off by winning the Race to Dubai! pic.twitter.com/FaLl7RlqNG

Oh, and he also picked up a $1 million bonus in the process for winning the points race on the now-redundant European Tour.

It was only fitting that the young Ryder Cup rookie ushered in a new dawn for golf with his stunning victory.

An emotional Morikawa was humbled by his achievements and paid tribute to his late grandfather in his speech afterwards.

But what clubs does he use?