Ian Poulter argued with people on Instagram over gun laws in America following yet another shooting at Robb Elementary School in Texas. 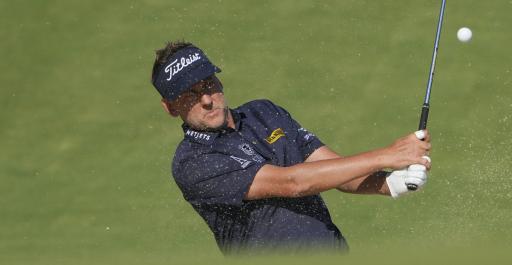 The gunman, identified as 18-year-old Salvador Ramos, reportedly shot his grandmother before he killed at least 19 children and two adults at the school.

The teenager had possession of a handgun, an AR-15 semi-automatic rifle and high-capacity magazines. Ramos was killed by law enforcement after the tragedy.

Like many people who have lived in the United Kingdom, Poulter can't comprehend the laws in America concerning the purchase and possession of guns.

"When is enough going to be enough... I'm sick of reading "our thoughts and prayers." We shouldn't keep saying those words," Poulter wrote on his Instagram story.

"That doesn't fix this or make people feel better. Too many children being killed by guns. It's disgusting. And don't tell me the fix is more people need to be armed. It's simply not true."

One person replied to the Englishman's story and called him a "gun control idiot," while others argued that teachers should be armed to prevent further school shootings in America.

Related Articles
Tommy Fleetwood to Tiger Woods: "Have you EVER played golf before?"
Max Homa apologises for "disparaging comments" about World Cup

"Here we go again... more guns fix it. Too many guns now in the system. So the only fix is to have at least two more armed officers in every school," Poulter said to one person who believes school employees should be armed.

"Which is another 260,000 officers at least. Just on schools. Without arming more areas. Good luck getting that passed."

One person told Poulter to go back to the UK and called him an "arrogant a****le." The three-time PGA Tour winner certainly stirred an interesting debate which has rumbled on for years.

Next Page: PGA Tour caddie once hired and fired within 24 hours gets sacked again