Bryson DeChambeau FORCED OUT of Charles Schwab Challenge at Colonial

Bryson DeChambeau will not be playing at the Charles Schwab Challenge on the PGA Tour this week. 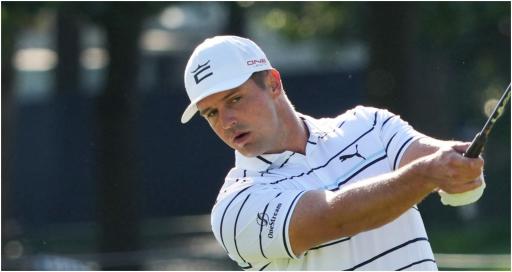 Bryson DeChambeau appears to be approaching things a little bit differently with his latest return from injury.

Despite (surprisingly?) being listed in the field for the forthcoming Charles Schwab Challenge at Colonial, the 28-year-old thinks it's too early for his return.

The 2020 U.S. Open champion has again pulled out of a PGA Tour event after delcaring he's still not quite ready for competition following his hand surgery.

He told Golfweek: "I'm definitely close but don't have the endurance for four full days yet. [I'm] getting there, taking a bit of time to make sure it's fully healed."

DeChambeau did practice at Southern Hills last week and was intent on playing the US PGA but opted against trying to give it a go.

This was in contrast to the Masters when an injured and "80 percent" DeChambeau went against his doctors' advice to play. It did not go well.

More: Not a single Scot applied to play in the Saudi league

After missing the cut at Augusta National, DeChambeau undeerwent surgery on the hamate bone in his left hand.

That initially was expected to sideline him until the U.S. Open at Brookline, but it does look like he's nearing a return to professional golf earlier than expected.

As a past champion at Memorial, there's a reasonable chance he pegs it up at Muirfield Village next week.

DeChambeau has also been battling an issue with his hip. Two years ago he suffered a tear in his hip labrum while training for long drive.

While there's still time for DeChambeau to get a few wins this year, he might want to strike a line through the 2021-2022 season.

He's had limited starts, missed cuts and was even a mid-tournament withdrawal from the Saudi International.

DeChambeau has been replaced in the field by John Huh.

Next page: Bryson DeChambeau on letting himself down