Jason Kokrak: What's in the bag of the three-time PGA Tour winner?

Jason Kokrak made four consecutive birdies on his back nine to secure a clutch victory at Memorial Park in Texas. 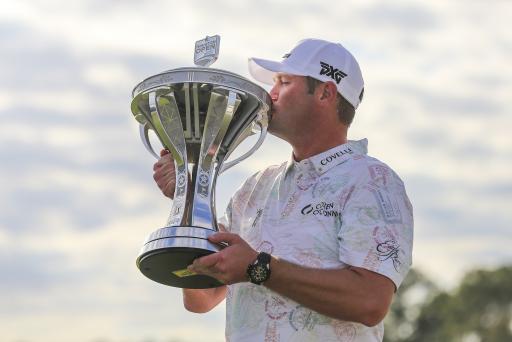 All of Jason Kokrak's wins on the PGA Tour have come in the space of the last 13 months and two of them have landed in the state of Texas.

He started the final round of the Hewlett Packard Enterprise Houston Open two shots behind Scottie Scheffler, who was eventually denied his first PGA Tour victory again.

Kokrak made four consecutive birdies from hole 13 to hole 16. He moved to 10-under-par for the week and he moved three shots ahead of his nearest competitors.

Scheffler, Martin Trainer and Kevin Tway all made bogies on the back nine which proved crucial. Scheffler and Tway finished in a tie for second on 8-under-par.

The 36-year-old Kokrak, unfortunate not to make the US Ryder Cup side in 2021, endured a nightmare back nine during his second round on Friday.

He played his second nine in 41 shots and after 36 holes, he was nine shots behind Trainer and seemingly out of the tournament. Kokrak recovered superbly with weekend rounds of 66 and 65.

Kokrak has moved to his highest career mark of 22 in the world rankings and up to seventh in the FedEx Cup standings.