Joachim B. Hansen overcame Francesco Laporta in an exciting final day showdown at the Fire Course in Dubai. 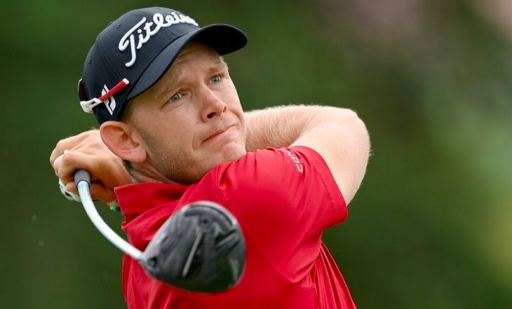 Joachim B. Hansen secured his second European Tour title by winning the AVIV Dubai Championship, finishing one shot ahead of the unfortunate Francesco Laporta.

Hansen won the Joburg Open in 2020, but his win on Jumeirah Golf Estates on Sunday was particularly special with his family present on the 18th green.

The 31-year-old shot a 68 in the final round to finish on 23-under-par and to become the fourth Danish player to win this season and just the second Dane to win in the UAE.

"It means a lot, especially with my family here this time, there was nothing in Joburg," said Hansen.

"When I saw Jeff Winther win in Mallorca, I was very jealous because he had his family and friends there to celebrate with him and I really wanted that, so I'm really glad I get to experience that."

Far from an ideal stance, but no issue for our leader @JoachimBHansen1 strokes home for birdie and extends his lead by two.#AVIVDubaiChampionship pic.twitter.com/BMF7HkjRwR

Hansen and Laporta shared the lead on 19-under-par at the beginning of the final round and it was Hansen who started the fastest with two birdies in his opening seven holes.

He was one ahead at this stage and he extended his lead to two shots with an incredible birdie on the 10th hole. In four rounds, the World No. 170 only made one bogey.

The Italian Laporta came back to within a shot of the leader with a birdie at the par-3 11th hole and he made another at the 13th hole.

Like Laporta, Hansen birdied the 13th hole to move to 23-under-par and once Laporta agonisingly rolled his ball just by the lip on the final green to force a playoff with Hansen, victory was in the bag.