Joaquin Niemann, Peter Malnati and Jason Kokrak share the lead after round one of the 2021 Sony Open. 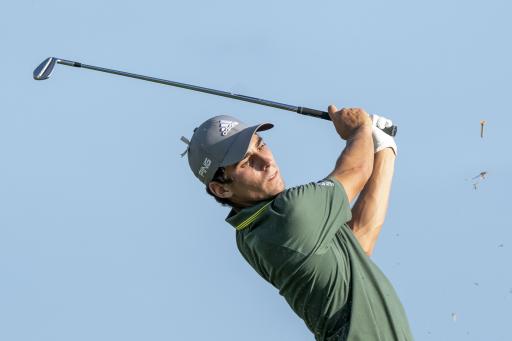 Joaquin Niemann's rich vein of form continued at the Sony Open, with the Chilean tied for the lead alongside Peter Malnati and Jason Kokrak at Waialae Country Club in Honolulu.

Niemann's year got off to a hot start in Hawaii last week at the Tournament of Champions, before narrowly missing out on the title after Harris English defeated the up-and-coming superstar in a play-off.

The 22-year-old's Hawaiian form was equally impressive on Thursday and an 8-under par opening round sees him at the top of the leaderboard heading into round two with Malnati and Kokrak achieving the same score. Kokrak came inches away from making a hole-in-one, only for his ball to lip out.

Two shots behind the leaders are six players, including South Korean Si Woo Kim and American Daniel Berger, who has climbed to 13th in the world rankings after a fantastic 2020 that saw him claim his third PGA Tour title.

Tournament favourite Webb Simpson sits in a pack of 13 players, all three shots back at 5-under par, while European star Sergio Garcia will be disappointed with his level par round of 70.

"It was a good way to finish," Niemann said. "Just happy the way I played. I hit the ball great off the tee. Hit my irons really close and made a lot of good putts."

Niemann's day started with four pars, before a birdie at the par-4 5th was followed up with four consecutive gains from 7 through to 10. His only bogey of the day came with a five at the 12th hole, but he bounced back with a birdie at the next.

Another birdie was added to Niemann's scorecard at the 16th, before he signed off in style with an chip-in for eagle at the par-5 last.

WATCH NIEMANN'S EAGLE IN THE VIDEO BELOW:

Malnati, whose round started on the back nine, found four birdies in his final seven holes to set the initial clubhouse target, before Kokrak matched his score with a blemish-free round.

Reigning US PGA Championship winner Collin Morikawa made a double-bogey at the 12th, but recovered well to shoot a 4-under par round to keep the leaders within reach.