Tiger Woods confirms he will be at The Masters - but is he going to play?

Tiger Woods confirmed that he will be at Augusta National in April, but he is unlikely to play at the event he sensationally won in 2019. 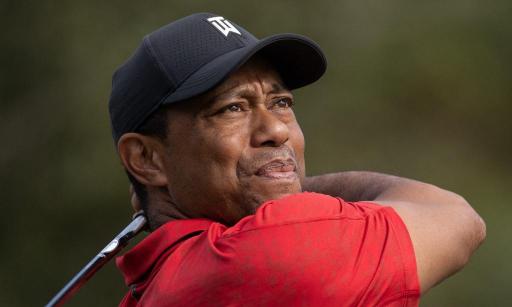 Tiger Woods revealed he doesn't know if he will play The Masters in April, but he will certainly be at Augusta National for the Champions Dinner.

The Champions Dinner, arranged for previous winners of the green jacket, always produces fantastic images of some of the sport's great legends spending time together and Woods is set to attend.

He told Jim Nantz and Sir Nick Faldo on the PGA Tour broadcast last night that he doesn't know if he will play at The Masters, or if he could participate in the par-3 contest on the Wednesday before the event.

Woods sensationally won his 15th major title at Augusta National in 2019 and this was his fifth green jacket. He fought off the likes of Brooks Koepka and Dustin Johnson in the final round.

"I'll be there Tuesday. It'll be a great dinner, I don't know what kind of sushi we're going to have!" Woods joked with Nantz.

In a press conference earlier in the week at the Genesis Invitational, Woods revealed that he will return to the PGA Tour but he is unsure of a specific tournament or date.

The 46-year-old old admitted that the rehabilitation process has been frustrating and his age does not help the recovery from the injuries which he sustained in February 2021 in his horror car crash.

He is the non-playing host of this week and the TGR Foundation are the organisers of the event. Joaquin Niemann currently holds a three-shot lead with 18 holes remaining.

"I wish I could tell you when I'll play again, I want to know but I don't," said Woods said on Wednesday at Riviera Country Club.

"My golf activity has been very limited. I can chip and putt well, but I've not done any of the long stuff, seriously.

"At the PNC (December 2021) I was working on the walking part. My foot was a little messed up about a year ago. The walking part is something I'm still working on, the strength and development, it all takes time.

"What is frustrating is that it's not my timetable. I want to be at a certain place and I'm not.

"I am getting better but just not at the speed I would like. The age factor too, it's frustrating."