Jon Rahm is "getting tired of answering the same question" as he bids to win his first WGC Match Play title on the PGA Tour. 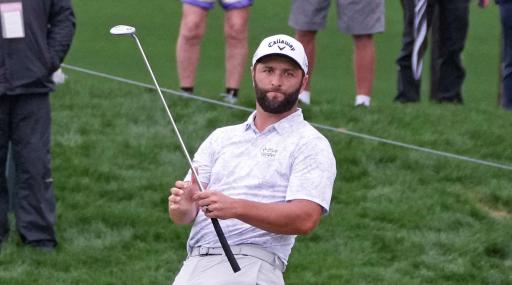 Jon Rahm admits he is fed up of fielding the same questions about his slump in putting on the PGA Tour as he prepares for this week's WGC Match Play in Austin.

Rahm might be the World No.1 but he is winless since landing his maiden major title at the US Open back in June 2021.

Much of that, whether the Spaniard likes it or not, is down to ranking a lowly 139th in strokes-gained putting (-.115) on the PGA Tour.

"When you're No.1 off the tee and in the top 10 for strokes-gained approach, my putting stats are not going to be top 20.

"It's absolutely impossible unless I'm winning every single week by eight. That's kind of how it goes.

"Is it as good as it could be? No, but I think it shows in the stats worse than it actually feels just because I'm hitting so many greens and hitting it so good.

"Again, I feel like I've said it a few times, it's not as bad as it looks. It feels a lot better than it looks, maybe I haven't got the results yet but I'm not worried about it."

Rahm is in Group 1 at this week's WGC Match Play at Austin Country Club and he faces Patrick Reed, Sebastian Munoz and Cameron Young.

The winners of each of the 16 groups will progress into the knockout stage of the tournament on Saturday morning, with the quarter finals on Saturday afternoon.

The two semi-finals will then commence on Sunday morning, with the final and third place playoff on Sunday afternoon.

Rahm is a 12/1 pre-tournament favourite this week as he goes in search of a first win in nine months and his first ever WGC Match Play title.

Next Page: The biggest indication yet that Tiger Woods will play in The Masters