Austin Country Club was threatened by multiple tornadoes that hit Texas on Monday, however, the World Golf Championship venue was unscathed. 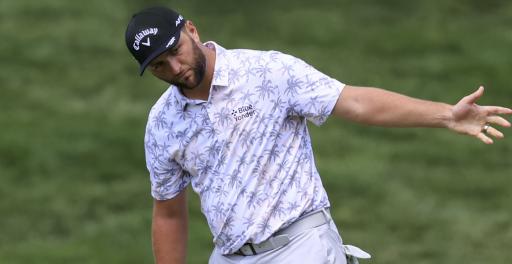 Austin Country Club, the host of the WGC Match Play this week, survived a serious threat of tornadoes on Monday evening.

The venue, set to host 64 of the world's best golfers in this one-off format, avoided any damage despite 40 mph gusts around the golf course.

While the PGA Tour recorded this wind, three-quarters of an inch of rain fell on the course and flood warnings were issued across the city, but there was no damage to the infrastructure.

Three tornadoes touched down causing "extreme structural damage" and "vehicle damage" in Round Rock, Texas which is just under 15 miles from Austin Country Club.

Richard Bland was shocked at the weather conditions in the local area this week and he tweeted about the weather situation on Monday evening.

"Well, that’s a first! Tornado warning alert on my phone," the Englishman tweeted. He will be teeing it up against Bryson DeChambeau in the first match on Wednesday. An intriguing match indeed.

The PGA Tour has had to tussle with extreme weather conditions in recent weeks. The Players Championship was forced into a Monday finish after torrential rainstorms.

After the WGC Match Play avoided the scare of tornadoes, it is set to begin with Jordan Spieth and Keegan Bradley in the first match tomorrow morning.

Jon Rahm is the pre-tournament favourite to win his first PGA Tour title since the US Open in 2021. He has been mouthwateringly grouped with Patrick Reed in Group 1.

Next Page: Paige Spiranac wants Tiger Woods to play at The Masters: "Who cares about Phil?"