The first episode of the GolfMagic Tour Chat sees Alex and Jackdiscuss the Sentry Tournament of Champions on the PGA Tour, Jon Rahm's move to Callaway and Rickie Fowler's Masters worries. 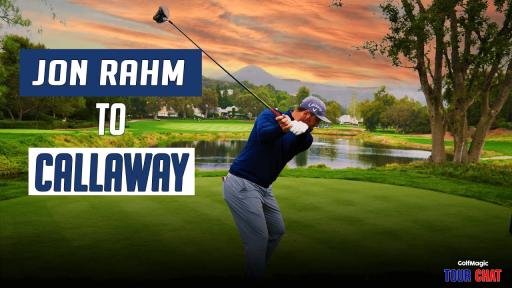 The first golf event of 2021 sees us kick off in style with the PGA Tour's Sentry Tournament of Champions, that features World No.1 Dustin Johnson, defending champion Justin Thomas, big-hitting Bryson DeChambeau and many more, but all eyes will be on Jon Rahm as he makes his Callaway debut in Hawaii.

Last year's Sentry Tournament of Champions saw Thomas clinch victory in a three man play-off that also featured Xander Schauffele and Patrick Reed, but who will come out on top in the first PGA Tour event of the year?

In our new Tour Chat series on YouTube, we will be releasing weekly episodes where we discuss all things PGA and European Tour, so check out the first episode below where GolfMagic's Alex and Jack talk about this week's event, as well as why Rahm has signed for Callaway and how Rickie Fowler could miss out on a spot at The Masters for the first time in his professional career.

WATCH TOUR CHAT - EPISODE ONE, BELOW:

The first tournament of 2021 sees a star-studded field take to Kapalua in Hawaii for the Sentry Tournament of Champions, where World No.3 will be looking to defend his title.

Masters champion and World No.1 Johnson goes into the tournament as the favourite with the bookies, but after an incredible year for the American, can he pick up where he left off, or will weeks of relaxation get the better of him?

Rahm will be debuting his new Callaway clubs and Odyssey putter this week, after the Spaniard announced he had parted ways with TaylorMade and signed for Callaway.

With Rahm being the World No.2 and a European superstar, there's no doubt that TaylorMade offered him serious money to stay with the team and he certainly didn't need to change equipment manufacturer due to performance, so signing for Callaway points to one thing and one thing only, money.

Callaway have been looking for a marquee signing for a long time and with things not working out with Sergio Garcia, the brand needed to go hard or go home and they've now got one of the best in the business in Rahm.

FOWLER MAY MISS THE 2021 MASTERS

Fowler is one of the most popular players on the PGA Tour, amongst both players and fans, but the 32-year-old is curently out of The Masters after an awful 2020 saw him slip to 53rd in the world rankings.

The American has played in 10 consecutive Masters tournaments since he arrived on the scene in 2011 and has picked up three top-10 finishes at Augusta National, highlighted by a solo second in 2018.

He has some time on his hands, but if his performances don't start to improve soon, Fowler will be missing out on a spot at Augusta in April.

NEXT PAGE: Justin Thomas attempts to use kids golf club in EPIC FAIL!

PGA tour
pga tour news
sentry tournament of champions
Rickie Fowler
rickie fowler masters
jon rahm
jon rahm callaway
why did jon rahm move to callaway
Previous
Jon Rahm is wearing golf shoes in 2021 that very few golfers have heard about!
Next
How to NEVER TOP A GOLF BALL again for the rest of your life!