Which PGA Tour events will Tiger Woods play in 2021?

Take a look at the likely schedule of Tiger Woods for 2021, as he looks for his 16th major and 83rd PGA Tour victory. 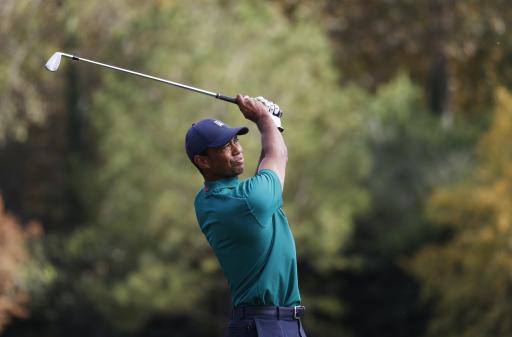 In 2019, we saw something very special from Tiger Woods. The Big Cat won his 15th major championship when he won The Masters at Augusta, while he also tied Sam Snead's record for most PGA Tour wins by sealing his 82nd at the ZOZO Championship. We had high hopes for 2020, but unfortunately it just wasn't to be for Woods.

It was a pretty lacklustre year for Woods, where he made just nine starts on the PGA Tour and played pretty poorly in most of them, whilst his performances at the majors were no better.

He started 2020 ranked 6th in the world and goes into 2021 as high as 41st. Woods celebrated his 45th birthday on December 30 and if he made any wishes whilst blowing out the candles it would be for an injury free year to help in his quest of a 16th major and a record-breaking win on tour.

Given Woods history with injuries, he is likely to play no more than 18 events this year and he will be extremely selective when it comes to deciding which tournaments to feature in.

RELATED: Tiger Woods and Rory McIlroy show off their new drivers for 2021

Using history as a guide, we can do our best to point out the majority of the events that Woods will play in and with seven victories at the Farmers Insurance Open, it's likely that Woods' year will start there on January 28-31.

Woods next start will be just a few weeks later at the Genesis Invitational on February 18-21, which supports his TGR Foundation.

In March (11-14), Woods will plan to compete at the Players Championship, which was cancelled after the very first round last year, marking the 91 day halt on the PGA Tour due to the coronavirus outbreak.

The WGC-Mexico Championship will tempt Woods as he loosk to build momentum before The Masters, but it follows the Genesis Invitational and it's unlikely for him to play in back-to-back events so early in the year.

The Arnold Palmer Invitational throws a similar situation Woods' way with it being played a week before the Players Championship, so the WGC-Dell Technologies Match Play (March 24-28) will tickle his fancy, as long as he's inside the world's top 64 to be eligible to compete.

If Woods is still feeling good after all four majors, his summer plans will see him play in the WGC-FedEx St. Jude Invitational (August 5-8) in Memphis and if he has enough FedEx Cup points, he'll play in all three play-off events that follow.

The ZOZO Championship will certainly be on Woods' radar given that he has won the event, although no date has been set for the tournament as of yet and to cap his year off, he will travel to the Bahamas for his own event, the Hero World Challenge in December.

There is also the matter of the Ryder Cup at Whistling Straights (September 24-26), but Woods will more than likely have to rely on a captain's pick from Team USA's Steve Stricker.

Fingers crossed Woods remains fit and healthy in 2021 and we see him play in as many events as possible and who knows, maybe we will see him lift one more major championship.

NEXT PAGE: Living and training like a young Tiger Woods for 24 hours