Jon Rahm hits the front at the Mexico Open at Vidanta

Rahm cards a second-round 66 to move into a two-shot lead in Mexico. 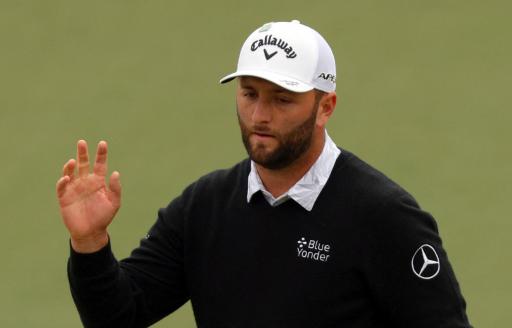 Jon Rahm moved serenely into the outright lead on day two at the Mexico Open at Vidanta as the Spaniard goes in search of landing his first victory since the 2021 US Open.

Rahm, who is now second in the Official World Golf Rankings following the recent rise of Masters champion Scottie Scheffler, carded a second-round 66 to move to 12-under par for 36 holes in Mexico.

The favorite living up to expectations.@JonRahmPGA leads by 2 heading into the weekend. pic.twitter.com/4EbBISh3Jh

England's Aaron Rai continued his recent impressive play in his first year on the PGA Tour with a second-round 69 and he moves up to 8-under par.

300-yard approach shot. @JonRahmPGA hits it OVER the green in two pic.twitter.com/EIichVUrqN

Rahm is bidding to win his seventh PGA Tour title but his first since landing his maiden major title at the 2021 US Open last June.

The former World No.1 has been left to rue a cold putter for much of the PGA Tour season so far, ranking well down the list in the strokes-gained putting statistic.

But Rahm has clearly been working on his stroke since a tie for 27th in his last start at The Masters as he has rolled home 13 birdies and eagle so far this week.

Rahm ranks eighth in strokes-gained putting (4.078) so far this week and if he maintains that sort of performance on the greens then he is likely going to be very tough to beat over the weekend.

Reed will also be looking for a return to the winners circle with the American's last victory coming back at the 2021 Farmers Insurance Open... in that controversial week on the PGA Tour.