The DP World Tour will reportedly deny members seeking releases to play in the first event of the LIV Golf Invitational Series at Centurion. 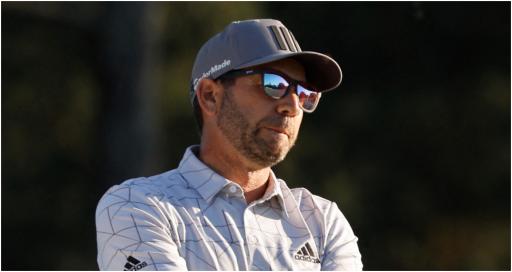 The DP World Tour is ready to hit players with penalties if they choose to participate in the Saudi-backed LIV Golf Invitational Series, according to the Guardian.

The paper report there is a "growing sense" that permission will not be granted to the players seeking releases to play the first of eight LIV Golf events in England.

Formerly the European Tour until its rebranding last summer, players on the DP World Tour must request releases if they wish to play in events on different tours.

That includes the mega $255million LIV Golf Invitational Series that was announced earlier this year. The first event of that series will take place in June at Centurion.

Those players have not been confirmed publicly but there is speculation that Lee Westwood and Ian Poulter are just two big names who are interested in taking part in the new series spearheaded by Greg Norman.

Sergio Garcia, Richard Bland, Graeme McDowell, Louis Oosthuizen and Branden Grace are also reported to have applied for permission to play the first event. The deadline is 10 May.

Earlier in the season, the PGA Tour and DP World Tour granted their members releases to compete in the Saudi International which now falls under the umbrella of the Asian Tour.

The Asian Tour now receives money from Saudi Arabia's Public Investment Fund. It is the same source of money that is being funnelled into LIV Golf.

The Guardian report that "every indication" from the DP World Tour's Wentworth headquarters that players will not be cleared to play at Centurion.

Which leaves them with the options of play anyway or remove their names from the equation.

Therefore, they could face punishment. But it has not been revealed what type of punishment they could face. It is a high-stakes guessing game with all roads leading to an inevitable court battle.

Keith Pelley, the chief executive of the DP World Tour, previously sent a memo to members urging them to think of the bigger picture.

The PGA Tour's position in all of this is a little bit different. It has been reported they are likely to grant players permission to play in the first event.

However, they may be more strict when it comes to LIV Golf competitions in North America.

Phil Mickelson has reportedly agreed to play in all eight of the LIV Golf tournaments which will have a format of 54-holes and no cuts.

It has been reported that Mickelson may be the person who brings this battle before the courts.