Patrick Reed HITS BACK over his "cheat" controversy at Torrey Pines

Patrick Reed was at the centre of a rules controversy during the third round of last year's Farmers Insurance Open. He went on to win by five shots. 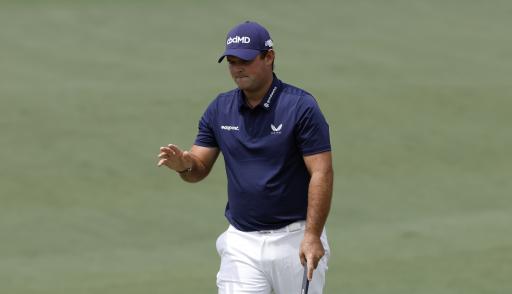 Patrick Reed said his win at the 2021 Farmers Insurance Open should be remembered for what it is and not for the rules controversy.

In the third round of last year's event, Reed had an embedded lie in the rough left of the fairway on the 10th hole on the South Course at Torrey Pines.

Footage showed that the ball had bounced before it settled into its lie. Reed told his playing partners, Robby Shelton and Will Gordon, he would check if it was embedded.

Reed moved his ball from the bad lie before asking a rules official for guidance. The PGA Tour rules official John Mutch said he did nothing wrong and there was no penalty necessary.

RELATED: COLLIN MORIKAWA HAD "NO CLUE" WHERE THE BALL WAS GOING IN ABU DHABI

The former Masters champion won the tournament by five shots and picked up his ninth PGA Tour victory. The issue was met with hostility from both players and golf fans.

"It should be remembered as a victory. At the end of the day, the rules officials said we did nothing wrong," Reed said on Tuesday.

"When you have rules officials that come out and say that, as well, as you sit there and they’re able to go by the book and go by the rules and you don’t do anything wrong with that and there’s no real discussion about it.

"You go out there and play the best I can and do everything I’m supposed to and win the golf tournament.

"The only thing I can do is keep on moving forward, keep trying to get the best I can on the golf course and handle myself how I feel like I’m supposed to off the golf course.

"Whether it’s with my peers, whether it’s at home, whether it’s out on the road or anything like that. As long as I feel like I’m doing the right things, all of it will take care of itself."

Unfortunately, the 31-year-old has developed a controversial reputation. In 2019, he improved his lie in a bunker at the Hero World Challenge. He was given a two-shot penalty.

World No. 1 Jom Rahm came to Reed's defence and said that a penalty wouldn't have affected the American's dominant display that week in San Diego.

NEXT PAGE: LIVERPOOL AND MANCHESTER UNITED PREMIER LEAGUE STARS TEE IT UP IN DUBAI