According to statistics, there is one specific area of Jon Rahm's game that he needs to improve to convert his placed finishes into victories. 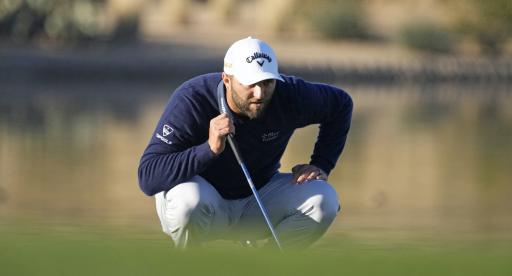 Other than Patrick Cantlay, Jon Rahm is probably the most consistent player on the PGA Tour. He is never far from the top of the leaderboard and that is why he is World No. 1.

So far in 2022, he has finished second at the Sentry Tournament of Champions and tied third at the Farmers Insurance Open. He finished in the top 10 again at last week's WM Phoenix Open too.

The Spaniard has played 324 holes this season and he has hit 256 greens. He has averaged 315.9 yards off the tee so far and he is seventh in birdie averages.

It is clear where Rahm's strengths lie. His driving, iron play and scoring are almost second to none in most cases and this is why he is the best player in the world.

But if you knew nothing about the 27-year-old and you only looked at his putting statistics, you would assume he was struggling to make the top 150 places in the FedEx Cup standings.

He has made just over half of his putts from six feet and he is ranked 56th in overall strokes gained on the greens. It is clear where Rahm's weaknesses lie.

The six-time PGA Tour winner described The American Express as "a putting contest" when he finished in a tie for 14th. Unfortunately, Rahm is not likely to win any putting contests any time soon.

Rahm enjoyed the best moment of his career when he won the US Open at Torrey Pines last year, holing two monster putts on the 17th and 18th holes to clinch the tournament.

These may be isolated situations, but quality putting won Rahm his first major championship and it shows that if his short game improved, he could convert many more placed finishes into victories.