Jon Rahm admitted he and Patrick Reed haven't spent much time together on the PGA Tour, but he described the American's short game as one of the best in the world. 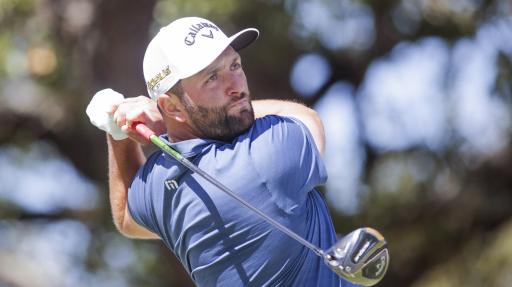 Jon Rahm revealed he and Patrick Reed aren't exactly friends as they haven't spent much time together on the PGA Tour.

Rahm and Reed are set to tee it up against each other in the third round of matches in the WGC Match Play on Friday, a match that could embody the competitiveness of the Ryder Cup.

The World No.1 has got two points out of two in Group 1 after beating Sebastian Munoz and Cameron Young. Reed has only won half a point in his first two matches and he has already been eliminated.

Rahm, in a prime position to advance to the last 16, was asked about his relationship with Reed who has been at the centre of various rules disputes and controversy in the past.

"We get along well. Haven't really spent that much time with him. I've asked a few times about a couple of tips and some things that I like how he does," Rahm said.

"Obviously his short game is one of the best in the world, so I've tried to learn from him a few times, but not much. He's not the most talkative person on the golf course and neither am I, so we're out there competing.

"I wish I had more to tell you. I wouldn't say we're friends, but we don't hate each other, either. We haven't spent enough time with each other to actually say he's my friend, but we get along good."

The Spaniard just needs a half with the former Masters champion to get through to the next stage at Austin Country Club.

The only way Rahm can get eliminated is if Young wins his match against Munoz. If this happened and Reed beat Rahm, Rahm and Young would enter a playoff to decide the group winner.