Tiger Woods holds the record for the most consecutive matches won at the WGC Match Play, but reigning champion Billy Horschel is closing in. 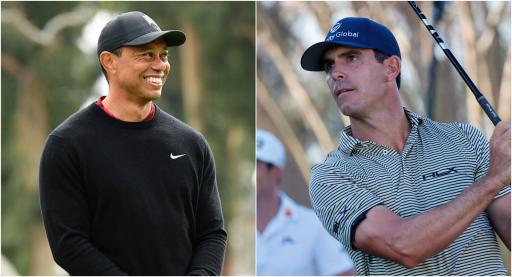 Tiger Woods has mastered just about every tournament he has played in. He has won the WGC Match Play three times in his career with his most recent win coming 14 years ago.

He secured his first victory at this event in 2003 by beating David Toms in the final at La Costa, California. He won it the following year too, beating Davis Love III in the final this time.

In 2008, Woods secured a hattrick of wins at the WGC Match Play by beating Stewart Cink in the final. Along the way, he set an incredible record for consecutive wins.

From 2003 to 2005, the 15-time major champion won 13 consecutive matches. He is the only player to ever successfully defend his match play title.

There is one player moving along calmly and quietly, approaching Woods' record. Billy Horschel is the current champion of the WGC Match Play and he is yet to taste defeat this time around as well.

Horschel beat Tom Hoge 3&2 on Thursday to put himself in the perfect position to advance to the last 16. He has now won seven consecutive matches in this tournament.

He has two points from his matches against Hoge and Min Woo Lee so far at Austin Country Club and he only needs a win or a half against Thomas Pieters on Friday to get into the last 16.

"There are stats that Tiger has accomplished and that he has that are just mind-blowing," Horschel said.

"Things that you just can’t imagine and when you think about 13 straight matches won, you don’t think that’s a big deal, but when you realize it, it’s two years of match play and not losing almost.

"There’s nothing I can say that someone hasn’t already said about him, so if somehow I was able to continue on a great streak and win the next five matches and then come back and win one match next year, it would be really cool to have my name next to him."

Horschel, the winner of the FedEx Cup in 2014, could become the first player since Woods to defend his WGC Match Play title. He beat Scottie Scheffler in the final last year.