Jordan Spieth after LIV Golf rumour: "Maybe I had not been vocal enough"

Jordan Spieth spoke to the media after making a statement clarifying his future after he was linked to LIV Golf. 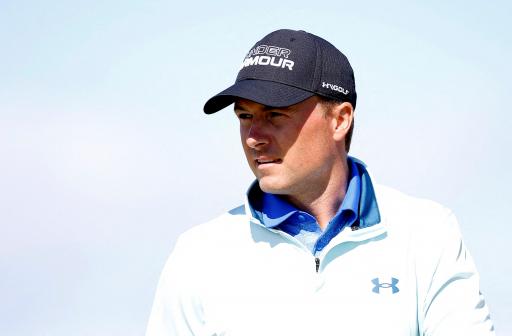 Jordan Spieth admitted he perhaps has not been vocal enough in his support for the PGA Tour after he made a statement earlier in the week to clarify his future after “false” reports linked him to LIV Golf.

The American three-time major winner, 28, was in back in good form at The Genesis Scottish Open at The Renaissance Club in East Lothian ahead of the landmark 150th Open Championship.

But he had to take to social media to clarify his future after a wild rumour started doing the rounds that he was allegedly in negotiations about a sensational switch to the Saudi-backed  mega money series.

It was of course an outlandish rumour. But you could have perhaps argued the same about “duplicitous” Brooks Koepka when he rubbished reports about him turning his back on the established American circuit.

Still, Spieth has given an update on the situation. He described it all as “no big deal” and that he is more than happy competing and contending at PGA Tour events. He’s now a 13-time winner on Tour.

He told the media: “I think I was just made aware after the round [his third at the Scottish Open] of some false reports, and so at that point … I think that maybe I had not been vocal enough.

“So maybe [I] just [wanted to] set the record straight. It kind of stinks that anyone has to necessarily do it but it's not really a big deal.

“I didn't think it was really that big of a deal. [I] certainly love competing and contending in these PGA Tour events, and another one of those rounds tomorrow may get it done.”

Spieth was also involved in a rather hilarious exchange with his caddie in Scotland this week.