Jordan Spieth fired a superb score of 64 on Saturday at TPC Craig Ranch to reach 20-under-par for the week, just one shot behind Sebastian Munoz. 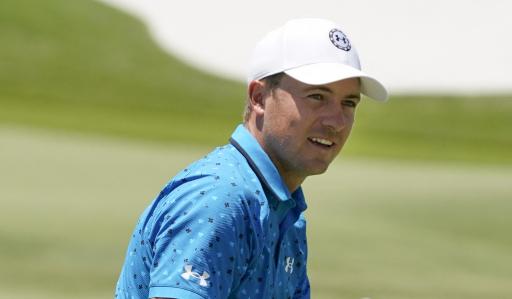 Jordan Spieth closed in on his third career victory in his home state of Texas on Saturday at the AT&T Byron Nelson, shooting a fantastic 64 to get within one shot of the 54-hole leader Sebastian Munoz.

Spieth began the day three shots behind the leaders Munoz, David Skinns and Ryan Palmer on 12-under-par. He burst out of the blocks with five birdies in his first nine holes.

His only bogey came on the 15th hole, but the 28-year-old added another four birdies to card a round of 8-under-par. He reached 20-under-par for the week at TPC Craig Ranch.

If Spieth were to win this week in McKinney, he'd become the sixth player to win multiple times on the PGA Tour in 2022, following up on his win at the RBC Heritage at Harbour Town.

Related: Have the Titleist Vokey SM9 wedges IMPROVED my game?

On Thursday, Munoz became the first player in PGA Tour history to record two rounds of 60 or better in the same season and he has followed this up with a 69 in round two and now a 66 in round three.

The Colombian made five birdies and a fantastic eagle on the par-4 6th hole. His only bogey came on the 16th hole and he leads by one shot on 21-under-par looking for his second PGA Tour victory.

Spieth is in outright second place and one shot ahead of the impressive Joaquin Niemann, the winner of the Genesis Invitational back in February.

Justin Thomas was equally as superb as Spieth on day three. The former PGA champion shot a spotless round of 8-under-par to reach 18-under-par, just three shots behind Munoz.

The day belonged to James Hahn. Hahn began the round eight shots behind the leaders on 7-under-par, but he carded an incredible 61 to propel himself into contention on 18-under-par.

The American made nine birdies and an eagle to shoot a score one shot shy of his career-low score on the PGA Tour. In 2021, he shot a 60 in the third round of the Barbasol Championship.

Defending champion K. H. Lee shot 5-under-par earlier today to reach 17-under-par. He is in good shape to become the first back-to-back winner of this event since Tom Watson in 1979.

Next Page: Ryan Fox leads by one from Sam Horsfield after Soudal Open third round