Jordan Spieth has slipped to 85th in the world rankings, but is working hard to reshape his swing and get back to his best. 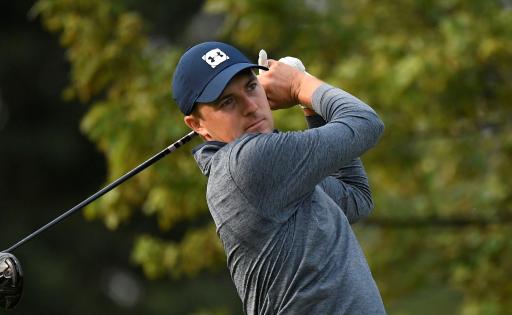 If you told a golf fan relatively new to the sport that Jordan Spieth was once ranked World No.1 and has won three major championships, they'd probably laugh in your face and call you a liar. The demise of Spieth has been a painful one for fans to see, but Spieth is still just 27-years-old and is now working hard to reshape his swing, something he recently described as a "difficult process".

Spieth's last victory came at the 2017 Open Championship, but since then he has slipped down the pecking order and currently sits 85th in the world rankings and there are players above him who to be quite frank, you would have thought it'd be impossible to see ranked better than Spieth a few years ago.

RELATED: Kevin Kisner's EPIC response to why he plays tournaments he knows he won't win

In a recent interview on the Gravy & the Sleeze show on SiriusXM PGA Tour Radio, Spieth opened up about what's been going wrong with his swing and what he's doing in order to fix it.

“I kind of got to where I was swinging behind me instead of in front of me,” Spieth said. “What that means is I just kind of get — that right elbow just got going a little wild on me. And so it could go up and go back behind my torso.

“What I didn’t realize I did so well for a number of years is being able to swing in front of my body, pretty much taking it back and through. It just kind of gradually started getting more and more behind me, and, all of a sudden, I found myself late into the ball, and from there, you just can’t play consistent golf — you’re relying too much on your hands at impact. It just becomes a significant challenge through the bag, and obviously as you go up the bag, you’re one or two degrees off becomes way more widespread.

“It’s been a difficult process, to be honest.

"It’s been really tough because I’ve always been somebody who likes having … end range of motion, where you feel like you can do something to the max and it’s not too much, and I’m almost trying to go the other direction and not go — I’m trying to keep things from moving as far back.

“I got really a lot more mobile and flexible over the last few years, and, in some ways, that’s great as far as power, without having to try to speed things up. But in other places of the game, I’ve kind of taken stuff a little too far on accident.”

In order for Spieth to improve, the American says he has had to learn a lot more about the mechanics of the game, something he rarely thought about during his golden years, due to being more of a "feel player".

“My golf I.Q., as far as if you asked me to instruct you on your golf swing, is probably as low as anybody’s, and I think that was a really good thing,” Spieth said. “And then once you get off and start taking a dive into what those mechanical things are, you got to get educated the right way.

“It’s almost like guys are on one end of the spectrum or the other. …There’s not necessarily a right or wrong there, but I feel like if you got be on one end of the spectrum or the other, if you’re in between, you’re kind of stuck — should I know more, but should I know less? I think, as a whole, I’d rather be just go out and play, but now I think I’m moving towards getting that really good grasp of knowledge on the way everything works that could be beneficial in the long run. So trying to make that move right now and just understand what I did so well, but I didn’t really know why and get back to doing it.”