Jordan Spieth was asked to sum up his 2021-2022 campaign on the PGA Tour after his third round of the Tour Championship at East Lake. 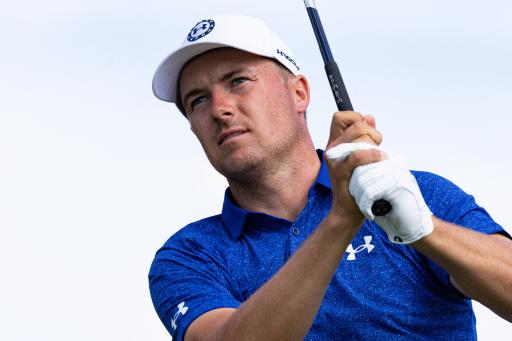 It has been another strange year for Spieth. He's tasted victory at RBC Heritage at Harbour Town Golf Links. It was the 13th time he had won on the circuit.

Though he credited part of that win to a key piece of putting advice from his wife Annie.

Elsewhere, there were near misses at the AT&T Byron Nelson and the AT&T Pebble Beach Pro-Am, where he finished runner-up on both occasions.

But the majors have been somewhat disappointing. His best performance came at the 150th Open Championship at St Andrews, where he finished inside the top-10.

Jordan Spieth results in the majors 2022:

This, ultimately, is how he defines campaign. He spoke to Golf Digest's Evin Priest after concluding his third round at East Lake at the Tour Championship.

Spieth, unfortunately, wasn't going to be a factor going into the final day as the PGA Tour's FedEx Cup Playoffs concluded. Rounds of 68-68-69 saw him at T-20 in Atlanta.

Related: How much they are playing for at East Lake

"Going into next year, I should putt a lot better," Spieth told the publication.

"I found some key stuff to work on in the offseason, and then continue to get better in the full swing as well."

He was asked to grade his season, and he replied: "Probably like a 7.5. I wish I was more consistent this year. I struck the ball better than last year and felt I putted better, too. I just felt like I couldn't really get anything to go in this year. Kind of one of those years."

Spieth added: "I normally judge it off majors and this was my worst majors season by far. It was just weird … I felt everything was in place, but I just didn't score well."

The 29-year-old claimed he was upbeat going into the campaign next year in what promises to be an interesting year in PGA Tour history.

Spieth, speaking earlier in the week, responded to reports that the PGA Tour was allegedly copying LIV Golf with their bombshell changes.

He claimed he sees "a lot of differences".

Next page: Max Homa with hilarious response to PIP question