In the latest episode of Tour Chat, we discuss Jordan Spieth's recent form and this week's PGA Tour event, the Genesis Invitational. 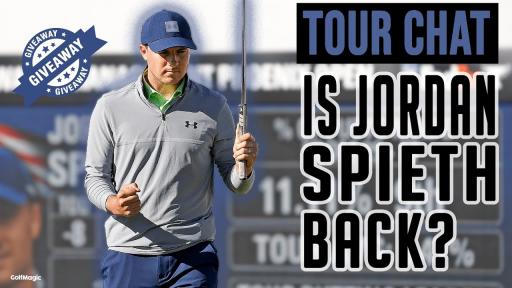 Jordan Spieth became the first golfer in eight years to have held a 54-hole lead and failed to convert in back-to-back PGA Tour events, but this is not a time to be picking negatives in the former World No.1's game. Yes he was in excellent shape to go on and win his first tournament in three and a half years, but for someone who has seriously struggled to find any form, the past few weeks have been exactly what the 27-year-old needed.

In the latest episode of Tour Chat, we discuss Spieth's recent form, his potential chances of another Green Jacket and who we think will top the leaderboard this week as a star-studded field takes to Riviera for the Genesis Invitational.

We'll also be telling you how you can WIN a brand new pair of golf shoes from Skechers!

As we mentioned before, Spieth joined a club he definitely has no interest in being a part of after failing to convert a 54-hole lead in back-to-back PGA Tour events, but he should be feeling extremely good about his game right now.

If you had offered Spieth two top five finishes a few weeks ago, he'd have bitten your hand off. This is someone who before the Phoenix Open was sitting 92nd in the world rankings, so you can forgive him for not having the killer final round mentality he had a few years ago.

Spieth is clearly feeling good about his game right now and it's of course far too early to start thinking about his chances at The Masters, but he's certainly timing his comeback well with Augusta just a few months away.

Golf fans all around the world are desperate to see Spieth get back to his former self and he is most definitely going in the right direction.

As usual, Alex and Jack both have a theoretical £20 to play with at this week's PGA Tour event, the Genesis Invitational.