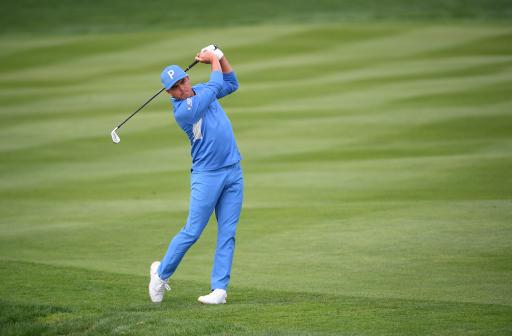 Rickie Fowler is currently in the worst form we have ever seen him in and Brandel Chamblee believes the fan-favourite made a mistake in leaving famous golf coach Butch Harmon.

We've seen it happen to plenty of players in the past, just look at Jordan Spieth, but Fowler's fall from grace is a painful one to see for golf fans as he's one of the most popular players on the PGA Tour.

The 32-year-old was once considered the best player to have never won a major, but after missing another cut at the AT&T Pebble Beach Pro Am, the five-time PGA Tour winner has now slipped to 66th in the world rankings, his lowest position since 2010.

Fowler, who has been playing in the biggest tournaments in golf for a decade, has also failed to qualify for the upcoming WGC Mexico Championship, whilst he will also currently be missing out on a spot at The Masters in April.

Speaking to Golfweek, Golf Channel analyst Chamblee was asked whether Fowler has missed his opportunity to win a major.

"I don’t think so," Chamblee said. "He’s got a good coach (John Tillery) but I disagree with the philosophy that he’s coaching, which is more flex in his right knee. Kevin Kisner (another Tillery pupil) doesn’t hit the ball far, nor does Rickie."

Although Chamblee believes Fowler can still win his maiden major title, he is bemused as to why he decided to leave his former coach Harmon, who has helped the biggest names in the sport win multiple tournaments.

"I cannot believe Rickie left Butch," he added. "Get on a plane and go to Vegas. He had a wonderful relationship with Butch. It’s a risk working with anybody. It could work out or it might not."