Tiger Woods' team have provided an update ahead of the JP McManus Pro-Am at Adare Manor before The Open. 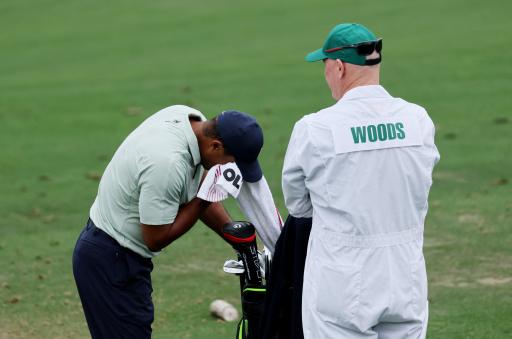 We could probably call the JP McManus Pro-Am this year’s fifth major, after Tiger Woods’ team have reportedly confirmed the big cat WILL be teeing it up at Adare Manor.

Woods, 46, limped out of the US PGA Championship at Southern Hills earlier this year after three rounds which later forced him out of the US Open at The Country Club at Brookline.

The 15-time major champion suggested that his body “needed more time” to recover. It led to speculation that Woods could potentially bid farewell to professional golf at The Open.

It was confirmed in April that the 82-time PGA Tour winner would be teeing it up at Adare Manor on 4 and 5 July before heading over to the home of golf for the landmark major at St. Andrews.

But then we saw a picture of just how bad his right leg was when he was pictured recently without wearing a protective sleeve. It truly was a shocking sight.

Still, GolfDigest’s Dan Rapaport has reportedly confirmed it with the Woods camp that he will indeed tee it up. It will lead to an incredible fortnight in golf with also the Scottish Open to look forward to.

Just check out some of the names who are playing in the JP McManus Pro-Am field, it is absolutely stacked:

Adare Manor is described as one of the best courses in Ireland and will be a fitting venue for Woods to tune-up his game ahead of playing his “favourite course in the world” at St. Andrews.