LIV Golf player Sergio Garcia reportedly went into an expletive-laden rant in Germany when he was fined and suspended. 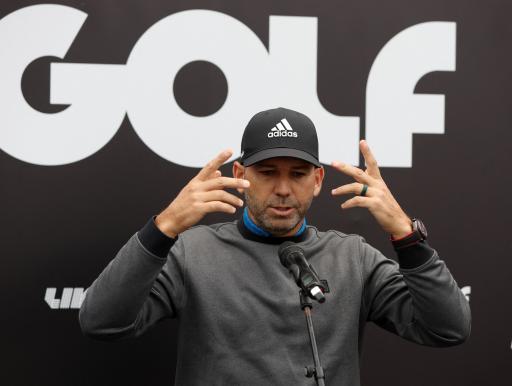 LIV Golf player Sergio Garcia reportedly “went off the handle” in front of Bob MacIntrye at the BMW International Open when his £100k fine and suspension was handed down by the DP World Tour.

According to a report by The Telegraph’s Jamie Corrigan, Garcia launched into an expletive-laden rant in the locker room after sanctions were handed down to the Spaniard and the other rebels, nicknamed the "Sour 16".

Per the report, a player who wished to remain anonymous told the publication: "Sergio flew off the handle, shouting, this Tour is s***, you’re all f***ed, should have taken the Saudi money.

"Bob MacIntyre was there and was disgusted.” The left-handed Scottish golfer’s management company declined to comment on Garcia’s alleged outburst in Germany. Likewise Garcia’s team.

But MacIntyre, 25, appears to corroborate that something did happen, when he Tweeted: “Amazing how fast you can lose respect for someone that you’ve looked up to all your life.”

This player went on to tell the paper: "Sergio's reputation had taken quite a hammering anyway before this but this has sealed it for many of us.

"The rant in America the other month was one thing, but this is his home Tour, where he started and he shouldn't forget that.

"Fair enough, he's taken the money. But he doesn't have to rub other players' noses in it."

More: Harrington says LIV Golf players "have made their bed"

Garcia has long been a contentious character in professional golf. When he scissor kicked his way to superstardom in 1999 it sparked a rivalry with Tiger Woods.

There was also the famous spitting incident at Doral and his angry outbursts.

Memorably, there was the time that Garcia was accused of racism in relation to a remark about Woods. He later apologised.

Garcia also went on a rant earlier in the season on the PGA Tour at the Wells Fargo Championship at TPC Potomac.

He was absolutely hosed by a ruling and the PGA Tour later admitted they got it wrong.

But it didn’t stop Garcia from lamenting: "That is absolute bulls**t. I can't wait to leave this tour. I can't wait to get out of here. A couple of more weeks and I won't have to deal with you anymore."

Garcia faced the media this week in the first of two tense, LIV Golf press conferences.

He explained that he loves the European Tour and would “definitely” like to keep his membership.

The paper also report that Garcia has been lobbying the DP World Tour to escape further sanctions, pointing to the fact that he has always supported the Tour.

Next page: Robert Garrigus on his LIV Golf media storm