While playing with Tiger Woods, Justin Thomas made a sly joke about Michael Jordan's exploits on the golf course. 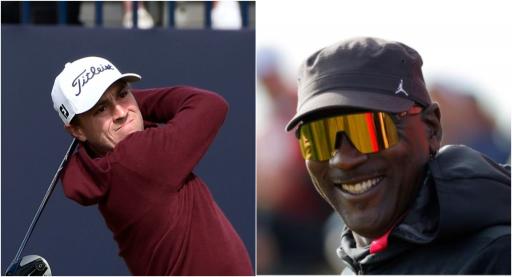 Since Justin Thomas' rise to prominence in the golf world, he has built some very high-profile relationships with some of the world's biggest sports icons.

15-time major winner Tiger Woods described Thomas as a brother to himself and a big brother to his son Charlie. We should see this group reunite again at the PNC Championship this week.

He was also recently seen on the membership list at The Grove XXIII, which is a golf club near Hobe Sound, Florida produced by basketball legend Michael Jordan.

In September 2020, Thomas exposed his friend Jordan while playing golf with Woods, Rory McIlroy and Justin Rose on a special occasion.

RELATED: RECORD NUMBERS ARE NOW PLAYING GOLF ALL OVER THE WORLD

All four players had microphones on them and the 45-year-old Woods opened the round with a poor tee shot which he hooked left.

As the players walked down the fairway, Tiger took a look to his left in desperation to see if his ball was in play and this is when Thomas aimed a serious accusation at Jordan.

"It would be like playing with MJ (if we found that tee shot), ‘I got it, it’s right here. Oh, Tiger, it kicked out into the fairway,"

The 2017 PGA champion accused Jordan of kicking his ball out of the rough when he finds himself in tight spots. Could this be true?

If Thomas' inclusion on The Grove XXIII's membership list is anything to go by, it seems he is one of the lucky people to get exclusive access to the former Chicago Bulls superstar.

Jordan has always been a golf fanatic. Both during and after his career, he has often been photographed on the golf course and also supporting the American Ryder Cup team.

You would like to think that Thomas' comment was just tongue-in-cheek, but who knows? The 14-time PGA Tour winner has clearly played with Jordan before and his competitiveness from the NBA appears not to have dwindled.

NEXT PAGE: BRYSON DECHAMBEAU RETURNS TO SITE OF MONSTROUS DRIVE AT BAY HILL