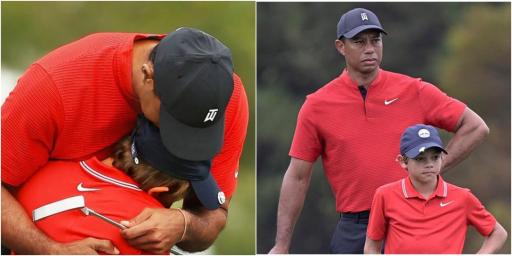 Perhaps you might have heard that Tiger Woods is returning to professional golf this week.

Okay, well, it's not really professional golf. It's a "hit and giggle" and Woods will be "playing as a proud Dad".

Still, Woods' return nine months after we saw those horrific scenes is certainly something to get excited about.

The 2021 PNC Championship was previously titled the Father/Son Challenge up until 2020.

Raymond Floyd and his son won the first ever iteration of the tournament when it was held in 1995.

The defending champions this year are Justin Thomas and his father Mike Thomas.

In the field are some absolutely massive names and their careers are decorated.

What's interesting - at least in my view - is seeing the mannerisms of the children of these hall of famers.

They are so similar to that of their parents.

Little John Daly, as you might expect, has a grip it and rip it approach just like his father. He really sends it.

The 2021 PNC Championship will be played at the Ritz-Carlton Golf Club Orlando, Grande Lakes, Dec. 16-19.

Here is the full field: