You may think that Bryson DeChambeau's recent success on the PGA Tour is down to his long-hitting ability but think again... 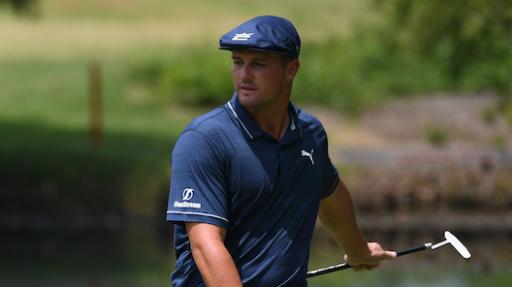 Bryson DeChambeau has labelled his mentality and 'brain' as the biggest change to his golf game on the PGA Tour.

The former US Open champion leads the way in driving distance on tour and he was ranked first in strokes gained from off the tee in the 2021 season.

He also finished in the last eight of the Professional Long Drivers Association World Championship and this has all been the product of relentless strength and conditioning work.

These changes have led DeChambeau to become a major champion and an eight-time PGA Tour winner, but he has judged his mentality as the most important change in his game.

"Yes, I’ve gotten stronger, yes I’ve gotten faster with the golf swing. But all of that has allowed me to have this different mentality about the game.

Related Articles
Rasmus Hojgaard dunks ENTIRE sleeve of balls into water for quintuple bogey 8
After a slap in the face for LIV's Patrick Reed, his week just got worse

"I saw an opportunity a while back to gain more shots off the tee. And when I started seeing the numbers, I started evaluating, wow, if I could actually gain distance off the tee, the game of golf is probably going to be a little bit easier for me.

"And so, my biggest change has been my brain. How I've thought about executing shots on certain holes, not having to feel like I have to practice as much because my distance is just at a different level, where I’m going to be having wedges into greens, so now I’m more focused on wedging.

"It’s completely shifted my whole brain, and the dynamic of that compared to what it was before when I had to have every single part of my game working really, really well in order to win."

The 28-year-old is yet to make an appearance on the new PGA Tour season. He has been seen on his social media platforms practising while on holiday in the Bahamas.

His last action came at the Ryder Cup where he engaged with the American fans as he provided a significant contribution to Team USA's historic 19-9 win at Whistling Straits.

It is possible that the next time we see DeChambeau is at The Match at The Wynn Golf Club in Las Vegas, where he will face off against Brooks Koepka over 12 holes on November 26.