Justin Thomas on Sunday at AT&T Byron Nelson: "14-under is EXTREMELY doable"

Justin Thomas described the conditions at TPC Craig Ranch as "very easy" as he looks to win on the PGA Tour for the first time since March 2021. 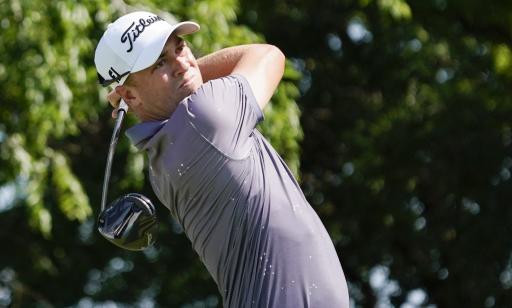 Justin Thomas believes a very low score could win the tournament at the AT&T Byron Nelson on Sunday as the course is "very easy."

Thomas said that he shot 8-under-par at TPC Craig Ranch on Saturday doing "absolutely nothing special." He is three shots behind Sebastian Munoz on 18-under-par with 18 holes left.

The 29-year-old has made six top-10's in 11 events during the 2022 PGA Tour season, but he is still winless since The Players Championship in March.

Thomas is ranked second in birdie average and sixth in scoring average on the tour this season, so he is certainly capable of winning for the 15th time in Texas this weekend.

"The course is playing very easy, I think it's very obvious and apparent of that. A lot of tees moved up, a lot of bullpens and the greens are getting a little firmer, which is making it a little more challenging and putting more of a premium on hitting the fairway," Thomas said.

Related: Should TPC Craig Ranch be a PGA Tour venue? Golf fans have their say...

Birdie at the last for @JustinThomas34.

"But you know what you're getting into when you come here, it's very open, a lot of short clubs and with the greens rolling this well you know if you're putting it well you can make it from about anywhere. So you just kind of have to just keep your head down and just keep trying to make birdies.

"I think sometimes when you get a five, six, seven-shot lead you start playing defensive and I mean literally someone could go shoot 13-, 14-under here, it's extremely doable. It's just, I mean I did absolutely nothing special today and shot 8-under.

"And I feel like I get a hot putter and kind of get my irons dialled in and knock some in close you very easily could shoot 10-, 12-under. So I don't know if there is a lead that is safe, but it's definitely easier off the tee to hold a lead out here than others, I would say."

Munoz, looking for a wire-to-wire win in McKinney, became the first player in tour history to shoot two scores of 60 or better in the same season on Thursday.

Jordan Spieth also shot 8-under-par in the third round on Saturday and he is just one shot behind the Colombian.

Next Page: Rules of golf: Did you know this rule about clubs being damaged in your bag?