Should TPC Craig Ranch be a PGA Tour venue? Golf fans have their say...

TPC Craig Ranch hosted a PGA Tour event for the first time in 2021 at the AT&T Byron Nelson, but is the venue appropriate for the biggest stage? 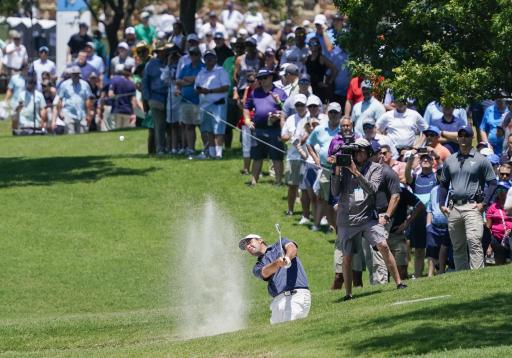 After three rounds of the AT&T Byron Nelson, Sebastian Munoz leads by one shot on 21-under-par from Jordan Spieth, looking for his second win on the PGA Tour.

TPC Craig Ranch has been at the mercy of the players this week. It is fair to say that the players haven't experienced a test comparable to other courses on the circuit in 2022.

The course hosted the AT&T Byron Nelson in 2021 and this was the first time that the McKinney track had been used on the PGA Tour.

It is set to host the tournament for the next four years and it has hosted Korn Ferry Tour events and qualifiers in previous years. It is a par-72 designed by Tom Weiskopf which opened in 2004.

We noticed a tweet by Tron Carter, who is part of the popular No Laying Up podcast, who questioned if TPC Craig Ranch should be used as a venue on the PGA Tour.

There are five events that take place in Texas on tour in the 2022 season: the Houston Open, the WGC Match Play, the Valero Texas Open, the AT&T Byron Nelson and the Charles Schwab Challenge.

Carter suggested if you were to remove one event from the Texas quintet, it would be this week's event. This sparked an interesting debate on social media and we have picked out the main talking points below. Let us know what you think on our social media channels.

They keep trying different courses and it always is a terrible tournament, do we really need this many tournaments in Texas?

Horrible take. Tickets sold out, better than the previous two courses, and it’s a hell of a change of pace and fun after last weeks low scoring, rainy blood bath.

well they sold out so good luck with that. I was there and yea I wish it was harder but the casual fan was absolutely loving drivable par 4s, etc.

I live very closely and it’s a nice course but not for a pga event. But it’s better than the four seasons and the disaster of trinity. It’s a 4 or five year commitment and then I think it will move to the new pga now being developed in Frisco. FWIW all the tickets are sold out

I agree, there are a bunch of other courses in the metroplex that are way better! But the fact Craig ranch is a TPC course is the reason y’all are playing there instead of Lantana or Bridlewood

It satisfies all the tours needs. Mass population hub, charity, corporate money, sponsors, big venue, infrastructure etc. The Tour doesn't care about the course, hasn't in many years. This is nothing new.

Next Page: Ryan Fox leads by one shot from Sam Horsfield after Soudal Open round three