Kevin Kisner is a resident of Aiken, South Carolina and he wants a professional at his home course who he can rip on a daily basis. 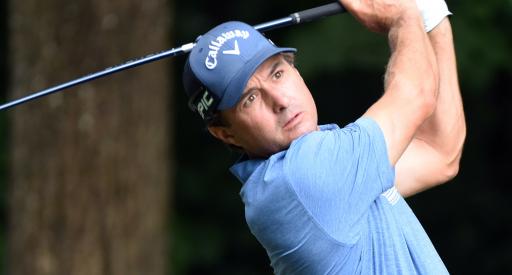 Kevin Kisner is a straight-talker. He is funny, entertaining and you are never certain of what answers he will give in his media sessions on the PGA Tour.

He is one of the most honest players out there and this is why we love him. He is also a hell of a player and a four-time winner on the PGA Tour.

His most recent win came in a dramatic six-man playoff at the Wyndham Championship that included former Masters champion Adam Scott and Si Woo Kim.

As well as competing at the highest level of the sport since his first season in 2011, Kisner is a home bird and enjoys playing at Palmetto Golf Club in Aiken, South Carolina where he was born.

RELATED: TREAT YOURSELF TO A NEW GOLF BAG AT CHRISTMAS WITH SCOTTSDALE GOLF!

To all my assistant pros out there…we need someone at Palmetto golf club that is cool, will work hard, can take my shit talking. Inquiry with @RPPalmettopro

As you can see in the tweet above, Kisner is once again pulling no punches. He wants someone at his home course who can take what the World No. 40 throws at him.

"To all my assistant pros out there…we need someone at Palmetto golf club that is cool, will work hard, can take my s*** talking," said Kisner on his Twitter account.

Aside from the entertainment that Kisner brings to the PGA Tour and his local area, he and his wife Brittany run the Kevin Kisner Foundation.

The foundation aims to establish well-being and a base for children in their early lives. They help children in the Central Savannah River Area with their physical and mental health.

Kisner certainly has his hands full away from the PGA Tour and as for the brave assistant professional who takes on the job at Palmetto, they should have their hands full dealing with Kisner as well.