Is the Official Golf World Rankings a fair system after Hero World Challenge?

Viktor Hovland climbed into seventh place in the world rankings after his win at the Hero World Challenge, but should this event qualify for world ranking points? 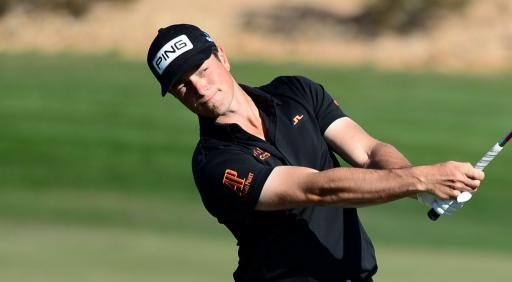 Viktor Hovland showed how great a player he is once again at the weekend by winning the Hero World Challenge, but it will not go down as a win on his PGA Tour record.

There were no FedEx Cup points on offer either, but there were world rankings points on offer. Hovland earned enough points to lift himself into seventh place in the world, his best-ever mark.

The Hero World Challenge, as great as an event as it is and hosted by Tiger Woods, only had 20 players. Should this exclusive event allow players to move up the rankings when an extremely small percentage of the golf world had access to these points? This is the first question.

Collin Morikawa dramatically missed his chance to become World No. 1 after a final-round score of 76. He surrendered a five-shot lead that he had on hole one to finish tied fifth.

RELATED: GOLF RULES: WHAT WAS THE RULING FOR THIS KEVIN NA MISHAP IN 2011?

The 24-year-old could have won a 20-man tournament that offers zero FedEx Cup points to become World No. 1. Bear that in mind and I'll cast your minds back to Sandwich in July.

Morikawa put in a career-best performance to win The Open Championship. This tournament and I don't need to tell you this but I will make it clear, is regarded as the best golf event on earth.

After winning his second major title, he moved up one place from fourth to third in the world rankings, the same amount of places he would have moved to reach World No. 1 in the Bahamas.

Jon Rahm came tied third at The Open and so he moved to the top spot. Dustin Johnson finished tied eighth and held on to second position in the rankings.

Even with better form entering The Open, Morikawa needed to win the event to move up just one place to third position and he was still behind his Ryder Cup partner Johnson.

Referring to the Hero World Challenge once more, Hovland moved up three places after his win in the Bahamas. Does something not add up here? This is the second question.

I understand that it is tight at the top. There was less room for Morikawa to move when he was fourth in the world prior to The Open Championship, compared to Hovland being ranked 10th prior to the Hero World Challenge.

It took a tied seventh finish at the ZOZO Championship for Morikawa to move to second place in the world rankings. He then became the first American to win the Race to Dubai by winning the DP World Tour Championship.

Although he threw away victory in the Bahamas at the weekend, Morikawa finished tied fifth. So since Rahm's last professional appearance on the weekend of October 16/17, he has three top-10 finishes and a big win in the Middle East.

Your ranking, much like the FedEx Cup points list at the business end of the season, is affected by how well other players are playing at the same event too. But Rahm hasn't been playing.

It is a very complicated system that had its disproportionality exposed at the weekend. I suppose my point and final question is: Why should Morikawa have become World No. 1 with a win in a non-event, but not after winning arguably golf's best major and his recent run of form?

This was also an event where Rahm and Johnson chose not to play, so surely the weight of the event in world rankings points should be depleted even more?

Changes are in the works for the Official World Golf Rankings, but I fear they may have a bigger job to iron out these inconsistencies.

NEXT PAGE: 5 REASONS WHY TIGER WOODS MUST PLAY IN THE PNC CHAMPIONSHIP WITH CHARLIE WOODS